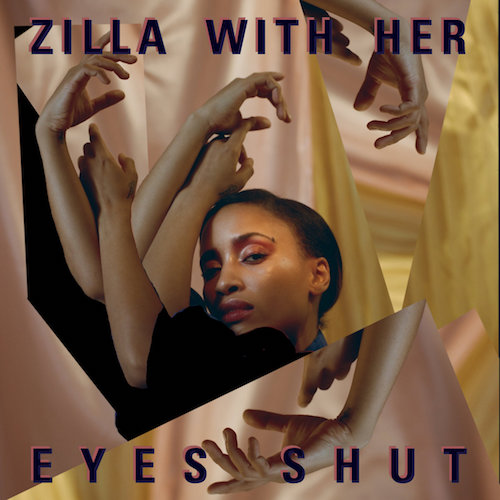 Not since the 80s has there been so much leeway for eccentricity in pop music. The rapidly evolving synthesizer technology made that quirky futuristic sound inescapable so everyone dipped their toes in at least a little. In the 90s, idiosyncrasy became largely relegated to grunge while pop received either the pristine treatment (Mariah and Whitney) or the hip hop treatment (New Jack Swing early on and then Bad Boy Records and Boy/Girl band near the end. This trend continued into the aughts with EDM also playing a bigger role in mainstream production. Year by year, pop music fans were pulled gradually back into the territory of the strange. Hot producers were pulling ideas from the depths of industrial, jungle, psytrance etc. The weirder the better. And the mainstream came with them. Straight-laced normals were now looking for the freakiest beats to lose their shit to. Bizarre samples and spastic passages that 15-20 years ago would have been scoffed away as the racket of the underground weirdos. Today, with artists like Grimes, FKA Twigs, and MIA, pop music is freer than ever to explore it’s twitchy outlandish side while still making tunes that utilize many of the elements that pop music has to offer.

The latest of these far-out wunderkind’s to emerge is the brilliantly mad Zilla With Her Eyes Shut. Her self-titled debut full-length is replete with chopped up pieces that evoke cubist and surrealist images yet retain an irresistible catchiness. The classically-trained pianist was born and raised in Paris before making the move to London at 18 to fully dive into the world of avant-garde pop. A fortuitous meeting with innovative producer and Accidental Records label head Matthew Herbert (Herbert, Dr. Rockit, Radio Boy, Wish Mountain) gave Zilla the perfect conduit for her ultra-modern offbeat pop. Herbert’s style revolves around manipulating found sounds so the music, even though it’s hacked up and manipulated, retains an organic feel. A digital program can never fully recreate the natural motion of an object doing what it does in a physical space.

A coarse ripping synth, sickly horns, prickly congas, and movie trailer accents build a woozy anticipation kicking off ‘Get Ready’. Zilla enters with style, savvy and intrigue, adding vocal layers like coats of paint. The song’s endorphin rush begs to start a loud live set. Herbert’s production is stellar, subtle and seamless. Fascinating on its own but never taking the spotlight from Zilla’s entrancing vocals. ‘Sleepwalker’ settles us into the album with a restless reggae offbeat. Herbert keeps the beat sparse, just spoons and serpentine synths. The single oozes with Zilla’s slinky personality.

The songs get more and more twisted as we go. ‘Little Things’ bangs with a bombastic beat. Zilla’s voice is warped as if being drawn into quicksand. ‘Cut Me Boy’s hacked up vocal pieces and bleeps and bloops make for a very glitchy backdrop, supporting her middle-eastern melody. Zilla lays down infectious earworms while Herbert creates a swirling, ever-changing landscape. The single ‘Rainbows’ is light and playful with production like a bouncy castle. Zilla’s airy coo floats weightlessly amid stuttering tubular bells. The album wraps with the sing-song nursery rhyme cadence of the densely layered ‘Whisper, Whisper’ and the ode to her hometown, ‘Paris’. The music intimates the repetitive clacking of the Metro while Zilla skips between English and French, showcasing her impressive vocal prowess.

Zilla With Her Eyes Shut is a staggeringly superb debut. Herbert’s production nears the scope and inventiveness of Amon Tobin, particularly his Two Fingers project. And Zilla…Zilla is the perfect vessel for this avant-garde pastiche. Alluring, electrifying, and enigmatic.