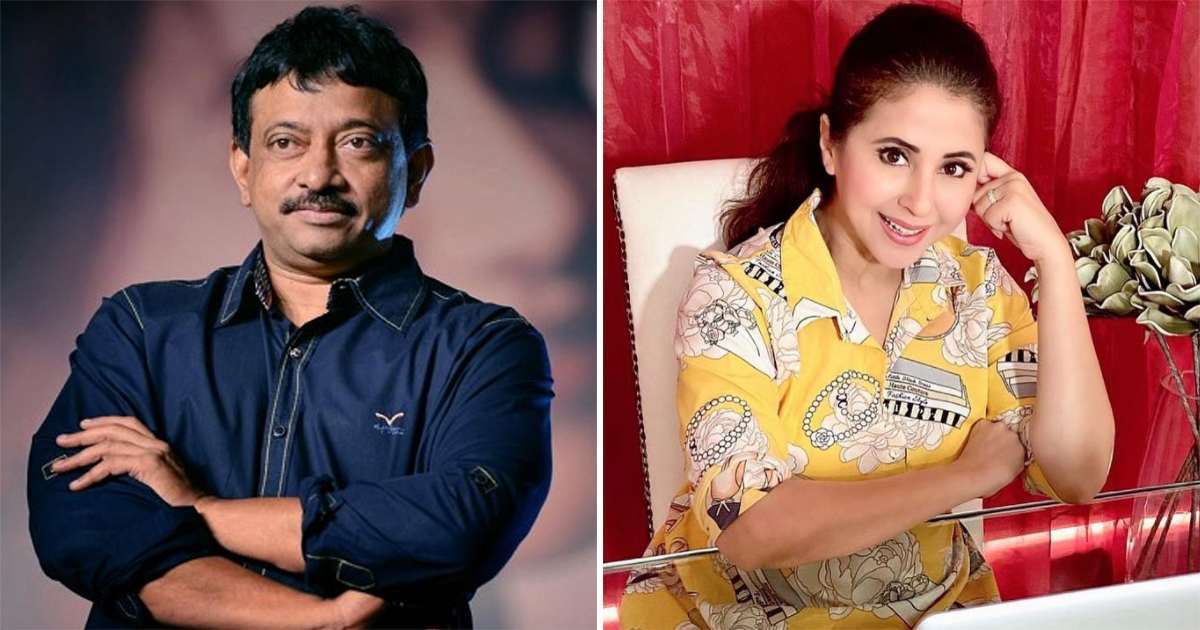 Secret and intimate weddings are a thing in the Bollywood industry. There have been several occasions where our favourite Bollywood stars have gotten married, leaving millions of tiny hearts crushed. One such moment was Urmila Matondkar‘s wedding. The 90’s diva left her fans in shock and her former flame director Ram Gopal Varma speechless.

We do not need to remind you of the times when RGV and Urmila were a thing. There was not a single person who did not talk about their love affair, but it was shortlived. Not every love story has a happy ending, and something similar happened to them. The director definitely had a hard time coping with the breakup, and this chapter from his book clarifies. Keep reading further to read this interesting throwback story.

In his book ‘Guns and Thighs: The Story of My Life’, Ram Gopal Varma wrote about the actress in a chapter titled ‘The Women in My Filmy Life’. He wrote, “Post coming into films, the first girl to have an impact on me was Urmila Matondkar. I was mesmerized by Urmila’s beauty — from her face to her figure… everything about her was just divine. She had done a few films before Rangeela, which hadn’t done well and she hadn’t made much of an impact on the audience either.”

“Then, after Rangeela, Urmila Matondkar became the nation’s sex symbol. That doesn’t mean it was I who made her look beautiful. I would say that she was a painting, and I simply framed her.”

“Apart from the frame, for a painting to be truly relished, it also needs the right place for it to be displayed in, and that place was Rangeela. One of my primary motives in the making Rangeela was to capture Urmila’s beauty eternally on camera and to make it a benchmark for sex symbols. I would say that I have never felt more of a cinematic high than when I watched her through my camera on the sets of Rangeela.”

“I don’t know how this may sound, but my biggest problem with Urmila Matondkar on a personal front was that I just couldn’t accept her being an ordinary human being.”

Doesn’t this scream RGV’s feelings for Urmila? Need we say any further?

Anyway, Urmila Matondkar released a statement post her wedding which read, “We kept it an exclusive wedding with just family and friends at the celebration. Since our families wanted the wedding to be a low key affair, we mutually decided to keep it private. We seek your blessings on embarking this new journey of our lives.”

As soon as the news was out, several friends from film industry wished her a happy married life including her former flame and director Ram Gopal Varma. He congratulated her and wished her a very ‘rangeela’ married life. Moreover, he also emphasized that she was indeed the most beautiful woman he had ever worked with.

Extremely happy to hear news about the most beautiful actress I ever worked with ..I wish from heart that her life wil b “Rangeela” forever

Must Read: Tahira Kashyap Khurrana On World Cancer Day: “Thing About Scars Is, It Reminds You Of The Past”