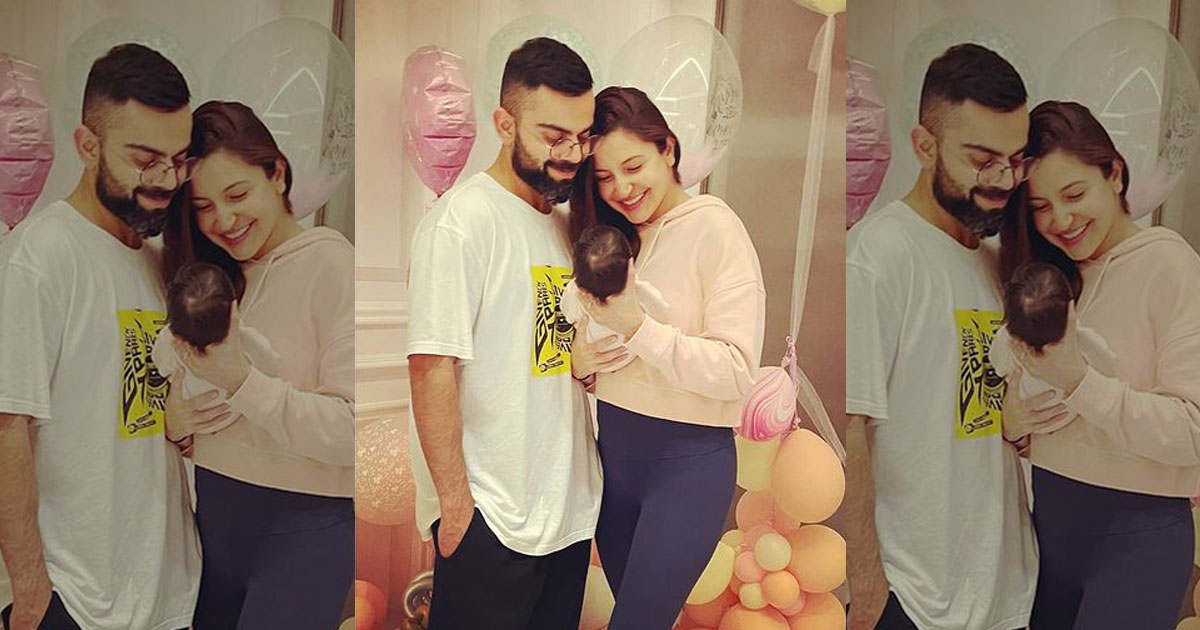 Virat Kohli and Anushka Sharma gave their fans a surprise as they announced the arrival of their cute little munchkin Vamika. The two have been ever since busy with the new phase of their lives and have requested the world to give them their privacy. While on that, Virat has now decided to talk about the new beginnings and what it means to be a new father. He also revealed that he was watching the match when the doctor called. Read on to know everything Kohli has to say about the same.

Virat and Anushka welcomed their daughter on January 11 and announced the same with an adorable note. Virat on the other hand had to miss the Australia test series as he was on paternity leave. In a recent interview, he spoke about missing the series and becoming a father. The cricketer is very excited about the new phase.

As per PTI, Virat Kohli says he cannot compare the two things, becoming a father and missing the test series. He said, “Firstly I don’t think the two can be compared. Becoming a father has been and will remain the greatest moment in my life, in both our lives. That is something to be experienced to understand what I am saying. Secondly, the connection to the team does not go away in any situation. Especially when you have given everything to the team.”

Virat Kohli revealed how he was watching the last test on his phone when the doctor called. He said, “The last Test, I remember when Shardul and Sundar were having a partnership, I was watching it on my phone just before we had to go, when the doctor called us so. That is how connected you are to the team and how much you are looking forward to the guys doing well,” he said..

Virat while announcing Vamika’s arrival on social media wrote, “We are thrilled to share with you that we have been blessed with a baby girl this afternoon. We thank you all for your love, prayers and good wishes. Anushka and the baby are both healthy and we are feeling beyond blessed to start this new chapter of our lives. We hope that you can respect our privacy at this time. Love, Virat.”