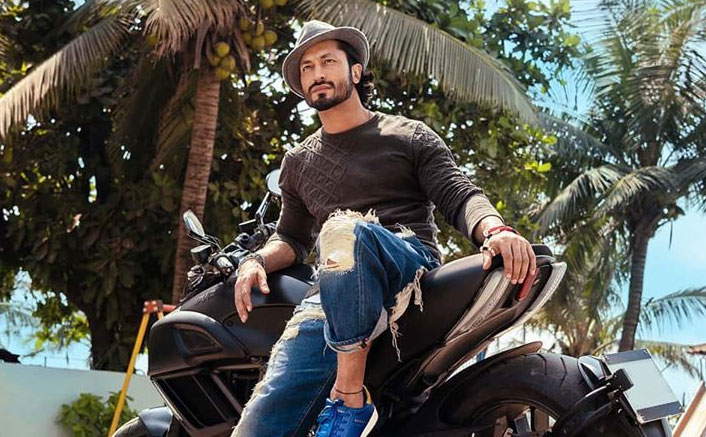 Action star Vidyut Jammwal doesn’t agree with the notion that one can not make mates in Bollywood. He says he’s not a star son and has survived within the trade due to friendship.

“I’ve heard this in the industry since I came in that you can’t make good friends in the industry. I don’t believe it. I am not a star son. I have only survived over here because of friendship. Like a friend said, ‘I believe in you, but I don’t have a budget’. So, people have really stood by me as I have stood by them,” Vidyut advised IANS.

The actor is gearing up for the discharge of his upcoming movie, “Yaara”, the place the thought of friendship is central to the plot. He opened up whereas discussing his camaraderie with co-stars Amit Sadh, Kenny Basumatry and Vijay Varma.

“I can say that these guys are my very good friends. When you see the film you can see there’s nothing fake,” he mentioned.

The actor recalled a second with Vijay whereas taking pictures in Dehradun.

“I remember when we were sitting I told him, ‘tu bahut badha star banega, ladke (you’ll become a very big star, boy)’, and he started laughing. After ‘Yaara’, he shot for ‘Gully Boy’. And the day I was proud for him, I had not been proud like this for anybody in a long time. This is the kind of friendship I have with Vijay, Amit Sadh and Kenny Basumatry.”

Directed by Tigmanshu Dhulia, “Yaara” is a Bollywood remake of the French movie “Gang Story”. The story of the movie is ready in North India, and is in regards to the rise and fall of a bunch of 4 mates working alongside the Indo-Nepal border.

How totally different will this movie be from the others he has achieved until now? “The fans will get to see Vidyut Jammwal from 20 to 50 — from this young scrawny guy to a grey-haired man. This is new, to start with. It will be fun to watch. The film is about friendship and I think we have not had a great story on friendship since ‘Zindagi Na Milegi Dobara’. So, I am excited to be a part of it, because all four of us are really good friends. You can see our camaraderie on screen,” Vidyut mentioned in regards to the movie, which launches on Friendship Day, July 30, on Zee5.