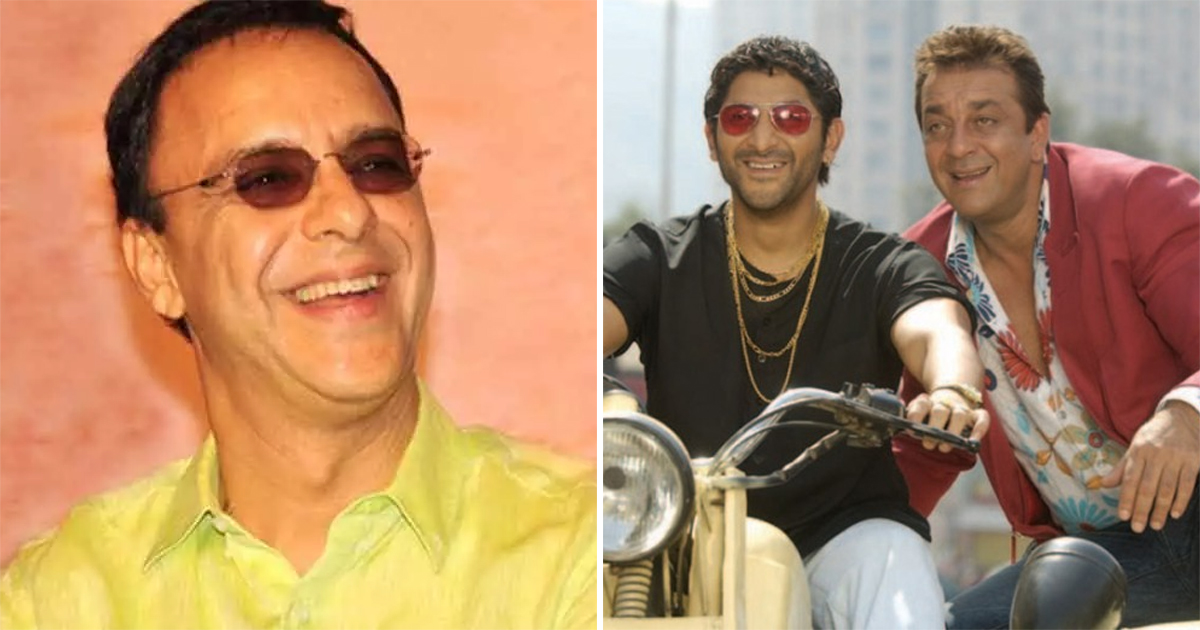 Sanjay Dutt and Arshad Warsi starrer Munnabhai M.B.B.S were released in 2003. The film became a super hit at that time. Munna and Circuit soon became hit among the masses and filmmaker Rajkumar Hirani and producer Vidhu Vinod Chopra received widespread acclamation for the film.

Both once again joined hands for a sequel, Lage Raho Munnabhai, which was released in 2006. The film too was an instant hit. Reports claimed that the maker is planning for the third sequel of the film. However, the film didn’t see the light of the day.

During a conversation with Bollywood Hungama, filmmaker-producer Vidhu Vinod Chopra throws light on why Munnabhai 3 was not made. He also revealed why he let go of several opportunities where he could have made a lot of money.

Chopra said, “Our joy comes from creating cinema. Our joy comes from striving for excellence. Honestly, I have not made the third Munnabhai, which will get me how many crores you can ask industry experts, because I still don’t have a script I like, then I must be crazy. Abhijat(Joshi) is mad, so is Raju Hirani. We all are mad. We are seeking happiness and joy which we believe is beyond money.”

While fans are still waiting for the makers to announce Munnabhai 3, circuit AKA Arshad Warsi had made a surprising revelation regarding the possibility of the film. He said to the publication last year, “I don’t think Munnabhai 3 will be made. It has been too long. If something has to happen, it happens, but if it takes so long then it is slightly(Arshad trails off)…Vinod and Raju want to do it. I am going to rob the script from him(Rajkumar Hirani). He has got three scripts which are 90% completed. They are beautiful scripts. I’ll rob it from him and make it myself because he got the script, Sanju is there, people want to see it but no one is making it. So, this is the scene. Maybe one day Raju will come and say the script is ready, let’s do it. But it’s my personal view, I doubt it.”

Must Read: Hungama 2 Wraps Up – It’s A Double Celebration For ‘Birthday Boy’ Priyadarshan!