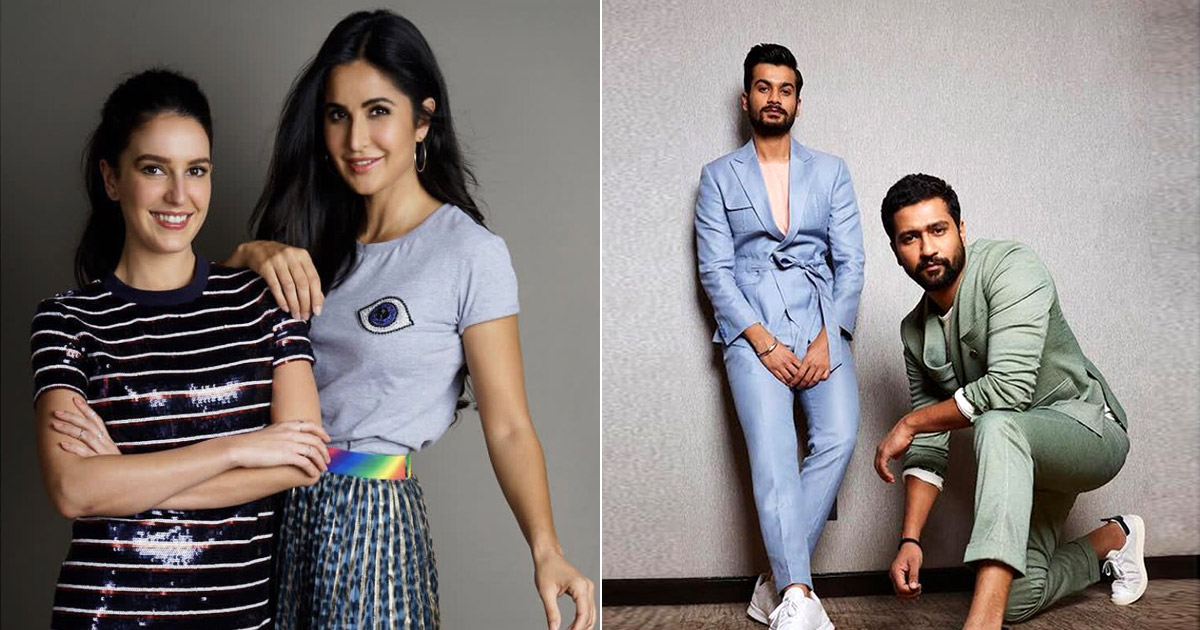 There have been strong reports for a long time that something is brewing up between Vicky Kaushal & Katrina Kaif. The alleged couple hasn’t talked about the same but they haven’t debunked the rumours as well. Moreover, they have thrown some subtle hints from time to time to confirm that there’s indeed something going on between them.

Recently, hashtag #KatrinaKaif started trending on Twitter after fans assumed that Katrina has posted a photograph while hugging Vicky. The Bollywood actress shared a photograph on her Instagram story where she can be seen hugging a person wearing a mustard-coloured shirt. Katrina used a blue butterfly filter on the photo. Only Katrina’s face can be seen in the image.

The photograph went viral with fans using the hashtag #Vickat to refer to the rumoured couple!

Meanwhile, it has been learnt that Vicky has now suggested his brother Sunny Kaushal to date, Isabelle Kaif.

As per Bollywood Hungama, Vicky Kaushal has introduced Sunny Kaushal to Katrina Kaif, her family and even Isabelle. Apparently, even Katrina herself has approved the idea and that is the reason all four have been spending quality time together.

Sunny Kaushal was reportedly dating his The Forgotten Army – Azaadi Ke Liye co-star Sharvari Wagh but has been going through rough patch off late.

Meanwhile, Vicky Kaushal was super happy on Tuesday after a fan came to meet him secretly at Indore airport. The fan, Harshita, not only brought samosa and jalebi for her favourite Bollywood star but also kept the meeting a secret from her parents!

On the work front, Vicky Kaushal has several interesting projects lined up. The dashing actor recently flew along with Manushi Chhillar to shoot his upcoming untitled film. He also recently shared the first look from his upcoming film The Immortal Ashwatthama. Written and directed by Aditya Dhar, the film is expected to go on floors later this year.