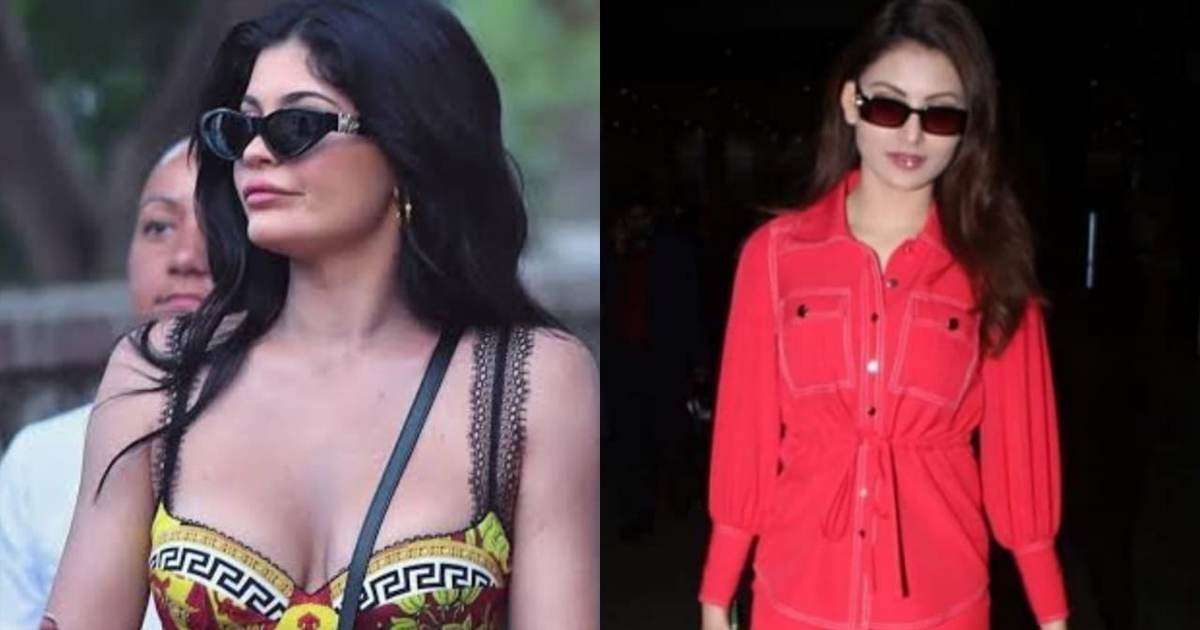 The versatile Bollywood diva and fashion queen, Urvashi Rautela, was spotted at the airport in classy black shades by Versace that costs Rs 60,000. The actress, who is known for her acting is also known for her lavish fashion taste. Rautela was seen in hit films like “Virgin Bhanupriya” and “Mr. Airavata” and music videos “Love Dose”, “Woh Chaand Kaha Se Laogi”, and very recently “Ek Diamond Da Haar”, which collected millions of youtube views.

Urvashi’s fashion sense is remarkable, recently she styled a Fiery red shirt with flap pockets and pants with white sneakers on. The most interesting piece of the attire was the shades she was wearing, it was black Versace shades that are worth Rs 60K. One interesting thing about the shade is that even Kylie Jenner was seen wearing a similar shade, now you be the judge of who looked better in the luxurious Versace shades.

The shade was going along perfectly with the red rig-out that Urvashi Rautela donned. This is not the first time the actress has surprised us with her extravagant fashion ideas, last week she slayed the look in a cerulean blue backless dress, in which she looked elegant.

On the work front, Urvashi Rautela has completed shooting the first schedule of her upcoming web series “Inspector Avinash” alongside Randeep Hooda. She will also be seen in a bilingual thriller “Black Rose” which will release in Hindi and Telugu. A glimpse was shared of the Hindi remake of “Thiruttu Payale 2”. The actress will be soon seen in an international project opposite Egyptian superstar Mohamed Ramadan, also Urvashi Rautela has signed three-film deals with the Jio Studios.