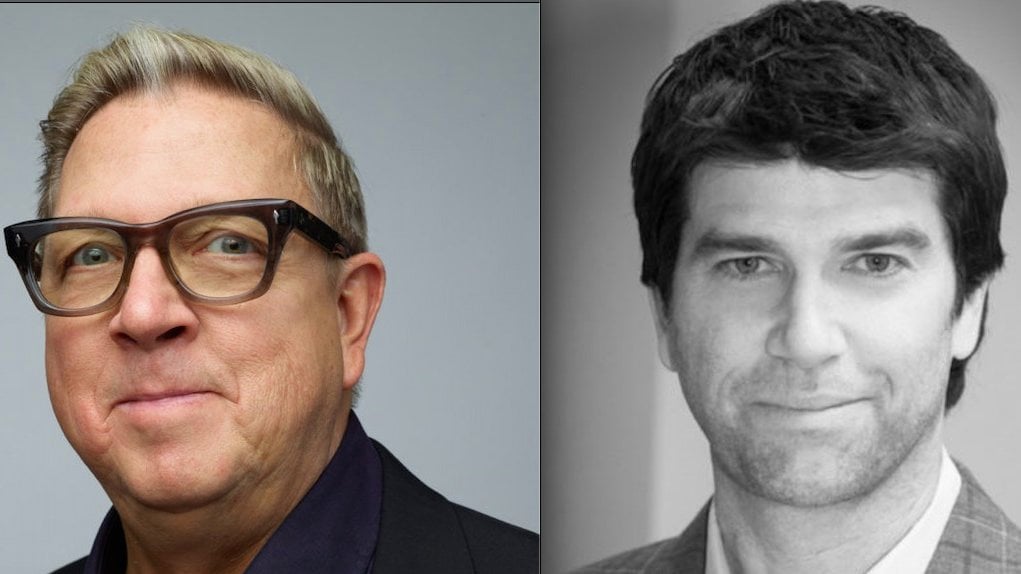 A lot can change in less than a year. Just 10 months ago Universal Music Publishing Group (UMPG) was reported by the FT to be “weighing legal action” against TikTok.

Obviously enough, the deal means that TikTok users will be able to legally incorporate clips from UMG’s full catalog of music.

“If you look at the team that TikTok has put together around music,” Nash said, “bringing in a seasoned professional like Ole [Obermann, Global Head of Music for TikTok] – and if you look at the quality of the team,  the level of [their] commitment and the milestones that they’ve delivered, it’s a real indication that music is extremely important to TikTok”.

The UMG/TikTok deal, according to Nash, is a “fully-fledged” partnership, which is also about “prioritising marketing and A&R, promotion and data”.

Also speaking to MBW about the new agreement was Ole Obermann, who was keen to outline TikTok’s value as an A&R source and as a platform that has been proven to able to introduce legacy artists to new audiences.

Recent successes cited by Nash and Obermann, which they say their partnership will facilitate more of, include the likes of Olivia Rodrigo’s TikTok smash and US No.1 hit Drivers Licence, viral sea-shanty singer Nathan Evans signing to Universal UK label Polydor, and John Lennon’s 80th birthday celebrations, for which the associated Gimme Some Truth campaign generated 3 billion views, according to Obermann.

Here, TikTok’s Ole Obermann and UMG’s Michael Nash tell MBW about what he companies are looking to achieve with their freshly inked licensing deal…

The agreement is described as an ‘expanded global alliance’, could you summarize Universal Music Group and TikTok’s relationship up until now?

Michael Nash: We describe this as a full catalog licence. Obviously there’s some broader content commitment, but the way that I look at it, this isn’t just a renewal of a license for our content to TikTok. We really see it as fundamentally resetting the partnership. It’s really about our collaboration moving forward. It’s not so much [about], ‘We signed a deal, we’re done.’ It’s really [that] we’ve crafted a partnership that we have now fully executed. TikTok is obviously a transformational platform. We see ourselves as innovation leaders in the music space.

“This isn’t just a renewal of a license for our content to TikTok. We really see it as fundamentally resetting the partnership.”

What’s different about the deal going forward than the arrangement that we had prior, is there’s much more of a focus on developing the types of tools with TikTok that’s going to enable us to really move the needle for our artists and for the music industry. I would emphasise that this is really a fully-fledged partnership. It’s a full catalog commitment, but it’s really focused on how we collaborate in terms of promotional programs utilizing data, developing new tools. It’s really about ongoing business collaboration.

Both companies have pledged to “experiment with exciting new features” – could you give us more information about what those features might be and when you expect them to start being rolled out?

Ole Obermann: We would love to, but we are going to be doing that in very short order when we’re actually ready to premiere something specific. There’ll be some news coming up shortly, so we’re going to refrain from getting more specific than that right now.

“Money is always very important in any deal but this deal is also [about] prioritising marketing and A&R, promotion and data.”

Money is always very important in any deal but this deal is also [about] prioritizing marketing and A&R, promotion and data – looking at how we can increase the creativity of our execution on the platform, bring a better experience for the users on the platform to drive discovery, elevate engaging artists and fans.

The press statement says that the alliance will also deliver “a commitment to develop industry-leading tools, A&R insights and models necessary to advance artists careers”. Could you expand on the point of the A&R insights?

MN: It’s very important for us to learn from TikTok about the dynamics on their platform no one understands that better than they do.

We need to very deeply read the data to understand the new consumer behaviour. I would say that there’s particular focus here on being really smart about what’s happening on the TikTok platform and the deal is going to enable that.

According to the release, the new global agreement “delivers equitable compensation for recording artists and songwriters”. Can you expand on the significance of that commitment, especially in the context of very recent events in the social media landscape?

MN: Monetization is a priority in every deal. Equitable compensation was a priority in this deal. It’s very important. We have an obligation to our artists [and] our songwriters to make sure the deals that we do enable them to participate in the value that their work is creating on our partners’ platforms.

When you look at how TikTok has impacted the entire ecosystem, when you consider the different dimensions of TikTok being a transformational platform, It’s really important for our artists that we also enable them to more effectively engage on the platform. We think this deal strikes a great balance between equitable monetization and establishing an exciting path with a new set of capabilities on the platform for our creative constituency.

“We have an obligation to our artists, our songwriters to make sure the deals that we do enable them to participate in the value that their work is creating on our partners platforms.”

OO: The one thing I would add is that we are still in a very early innings in terms of determining the impact of what [TikTok] does to musical engagement and really the metric of engagement – including creations [that are] very much at the forefront of how we measure success on TikTok.

We think that’s really a leading indicator that’s been talked about in the past, and it’s just something that comes to mind [regarding] the kinds of things we were focused on trying to work together with Universal and Universal publishing on putting this deal together.

TikTok published its first US music report at the end of the year and highlighted THE NUMBER OF ARTISTS that have broken on the platform that went on to sign major label deals. What role do you envision TikTok playing in the future, in terms of being an A&R source for the music industry?

OO: One of the things that I’m hyper-focused on and the whole company is really focused on [is that] we want to be the platform that supports emerging musical talent and musical creators. The dream is that an artist is able to find their voice and find that first community on TikTok and then they become famous enough where they are able to get a record deal or perhaps even a publishing deal off the back of that and go on to become a superstar musical artist and creator. That’s really at the heart of everything that we’re thinking about at TikTok and how music needs to be positioned within the platform.

The other end of the pendulum is, we’re finding out that we can be really impactful in introducing legacy artists to a whole new audience. That’s what we have been working on together with Universal and Universal Music Publishing.

“The dream is that an artist is able to find their voice and find that first community on TikTok and then they become famous enough where they are able to get a record deal or perhaps even a publishing deal.”

If you look at the run that we’ve had these last handful months, we had,Nathan Evans of sea shanty fame get signed Polydor, we work together on Olivia Rodrigo Drivers Licence and that basically became a smash in part because it blew up on TikTok.

On the other end of things, you look at John Lennon’s 80th birthday: our Gimme Some Truth campaign together with UMG and with John Lennon’s estate. That achieved over 3 billion views. We bought Queen onto the platform and had massive success there in terms of creations and views.

We’re really focused on facilitating that and working together with Michael and his team and all the Universal labels to bring those artists into the mainstream and to all of our users.

That’s why we think that TikTok is one of the most important partners to have a component of experimentation built into the relationship. That’s something that we’re very happy about in the new deal.Music Business Worldwide