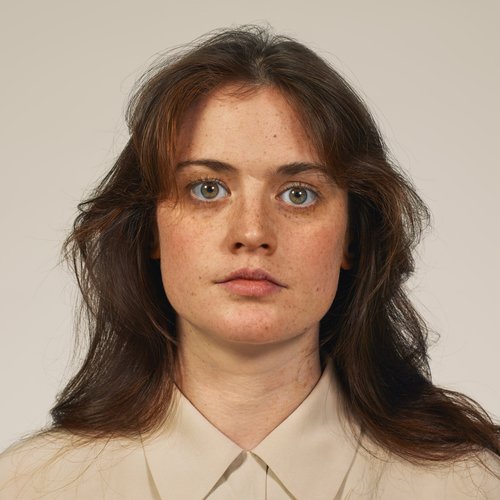 On their fourth album, TOPS produce pure pop straight from a (hu)manufactured heart and soul.

The album cover is a quasi-mugshot of singer and flautist Jane Penny, stark, revealing and defiantly innocent of life’s charges until proven otherwise. Her accomplices in rhyme and time are guitarist and fellow song-writer David Carriere, drummer Riley Fleck and keyboardist Marta Cikojevic.

Singer Penny has a divisive voice. It sometimes veers (too) close to the grating omnipresent catch-throat Lil’ Bo Peep ‘oh-woe-where-be-me-flock’-isms to at times echoing the full-blooded (wo)mannerisms of St. Etienne’s Sarah Cracknell, a pre-world dominance (and fame-weary) Madonna and Stevie Nicks’s tough as nails wordsong. Vulnerability needn’t be coated in whining. Fortunately for these ears it’s the latter tones that dominate the album.

The album title is a love-letter to banished pasts with all their excised elements (unwanted emotional baggage; identity crises; misrecognition; solitude as salvation) and crucially to the reinvigoration a new future promises. The clement elements also feature with the nourishing, regenerating properties of the solar rays (‘Direct Sunlight’) to the ethereal night/day handover at the crack of dawn (‘Witching Hour’). ‘Nature is a language, can’t you read’ as a wise man once sagely-waged.

‘Direct Sunlight’ has the same joie de vivre as Super Furry Animals’ ‘Northern Lights’, both (en)coded odes to a fruitful union in the glaring bliss of illumination.

‘I feel alive’ is the euphoric giddy-rush experienced that casts new light upon the now shaded parts of life. A creaking relationship can have its feebleness magnified by the simple act of falling for another, that initial inter-connection the straw to break the ache. It gives new meaning to holding a torch for someone.

The jerky and perky ‘Pirouette’ and intro-spectral ‘Witching Hour’ both musically remind of The Police with their own particular Sting in the tales.

The feel-oh-sophical ‘Colder & Closer’ is a demystifying dismissal of co-incidental symbols. As Penny unravels the messages: “Signs are myths like nations/shapes drawn over crooked lines” she shows how the cartographical formations decreed actually belie the maker’s true intentions and that life’s terrain is a shifting mass of meaning which shouldn’t be contained or confined. By anyone or thing, boundaries are simply perceptible quandaries. An ocean of emotion knows no limits.

On ‘I feel alive’ TOPS flute the Summer breeze (‘Drowning in Paradise’ has the subtlest of nods to The Isley Brothers’ sensational seasonal salvo) and emerge blinking and thinking into a new dawn of joy and pain, sunshine and rain.