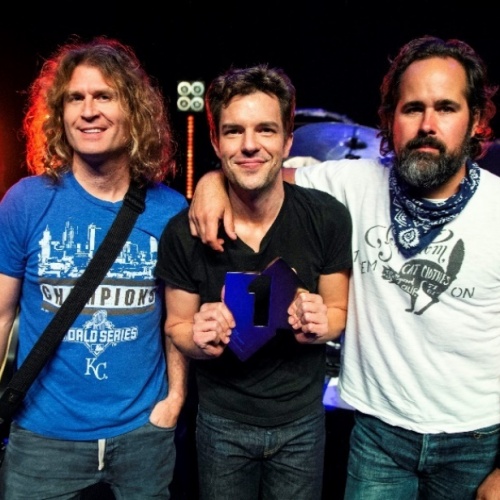 The American rock band are set to join with their legion of followers in the course of the coronavirus pandemic by way of social media on April 18, after they’ll carry out a few of their best-known information.

The band wrote on their official Twitter account: “Attention self incarcerated humans of earth. Time to get wild! Next Saturday at 12PM PST, watch and listen on your favorite hand held device as we answer your questions and play a few of our songs for YOU, LIVE ON INSTAGRAM!

“Reply to this tweet along with your questions. (sic)”

Meanwhile, Brandon Flowers – the group’s lead singer – recently revealed the band recorded the majority of their new album in Utah, and admitted the songs are synthesiser-heavy.

The 38-year-old star also confessed he loved the experience of recording their new record, ‘Imploding the Mirage’, in the place where he “fell in love with music for the primary time”.

He said: “We’ve been in Utah doing it. That’s the place I fell in love with music for the primary time; so it is attention-grabbing to be there once more and hear a few of that music with the geography matching the feeling.

“Some of that stuff is starting to resurface and a lot of that had to do with synthesiser music. It’s always been part of our DNA but it’s definitely creeping up.”