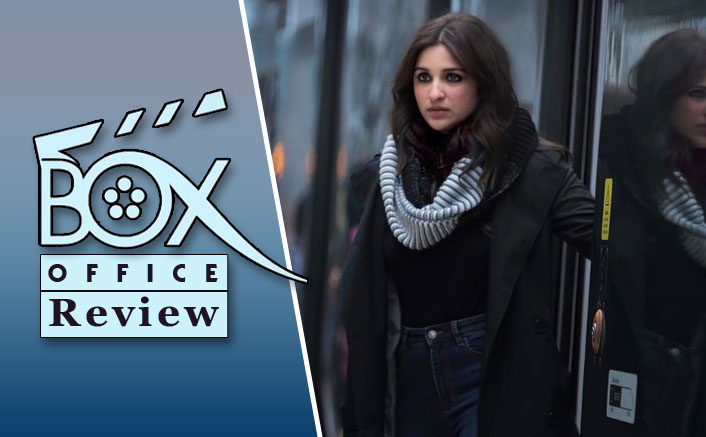 Note: After a long time even though theatres have re-opened in India, no major Bollywood film has released at the Box Office yet. So in this time period, our Box Office Review will take into consideration lesser factors then we take in normal conditions.

Our Box Office Review in the current situation doesn’t promise the accuracy it does in normal circumstances because we have no clue about the release size The Girl On The Train would’ve got if it had hit the cinemas on Feb 26.

The Girl On The Train Box Office Review: Expectations

Parineeti Chopra has never really tried to follow a unique pattern when it comes to choosing films. While she has done highly successful commercial entertainers like Ishaqzaade, Golmaal Again & Kesari, she has also been experimental with films like Hasee Toh Phasee, Shuddh Desi Romance, Meri Pyaari Bindu and more. Not many of her experiments really proved to be successful but a few of them managed to hit the right spot with a section of the audience.

The great thing is that despite several lows in her career, Parineeti Chopra holds the position of A-lister thanks to her acting skills and looks.

Now with The Girl On The Train which is a Hindi film adaptation of Paula Hawkins’ book of the same title, Parineeti Chopra is here. Just like several films in her career, this time again she has chosen a movie that targets not so big section of the audience. Not that thrillers and murder mysteries are not popular among the masses, they sure are! But the kind of storytelling this one promises doesn’t get lapped up by the crowd.

So the real expectations from The Girl On The Train, if it released in cinemas wouldn’t have been huge. But since the star cast has a popular face like Parineeti Chopra and even Aditi Rao Hydari has a face value of her own, it would’ve generated nice buzz in the trade.

Also, in the recent past, similar films like Badla, Kahaani, Pink have done amazingly well. So The Girl On The Train would’ve released with some sort of hopes definitely.

The Girl On The Train Box Office Review: Impact

In the first 30 minutes of this 120 minutes thriller, there are two songs. Why? And there are a few more songs in the rest of the film. But if we forget that Bollywood stereotype for a bit, the film really works on a lot of things. First of all, despite all the dark undertone of the plot, the film never looks dull. It’s as entertaining as a film without the scope of any comedy can get. So that’s a huge plus.

The screenplay even though non-linear is not confusing and editing is crisp which keeps you involved as the viewer. You always want to know what happens next and stay on the edge of your seat or bed whatever! But it felt to me that Ribhu Dasgupta as a director won’t be able to keep the audience away from making the right guess. I mean there are so many loose ends, so many obvious hints that even if you observe things a little bit closely you can make the right guess. I for one guessed half of the suspense quite easily. The rest of the part came as a shock but even that part felt like was easy to guess if the narrative didn’t try to distract me as a viewer. It also left many answers unanswered.

But overall, it comes as a nice watch! The film doesn’t waste your time thanks to a crisp narrative. The suspense may not be great but it isn’t bad also. There will be surely a lot of people who will really enjoy it. Stars like Parineeti Chopra, Aditi Rao Hydari, Avinash Tiwary & Kirti Kulhari lend really good performances so the film shines on that aspect for sure.

The Girl On The Train Box Office Review: Final Verdict

In a situation like this, if The Girl On The Train released in cinemas on Feb 26, it would’ve got an opening somewhere in the 3-4 crores range. With good word of mouth and no competition for at least 2 weeks (Roohi is releasing on 11 March), the film would’ve got a nice run at the box office. If not much, a lifetime business of 40-45 crores was on cards for this one. It shouldn’t have missed the theatrical release!