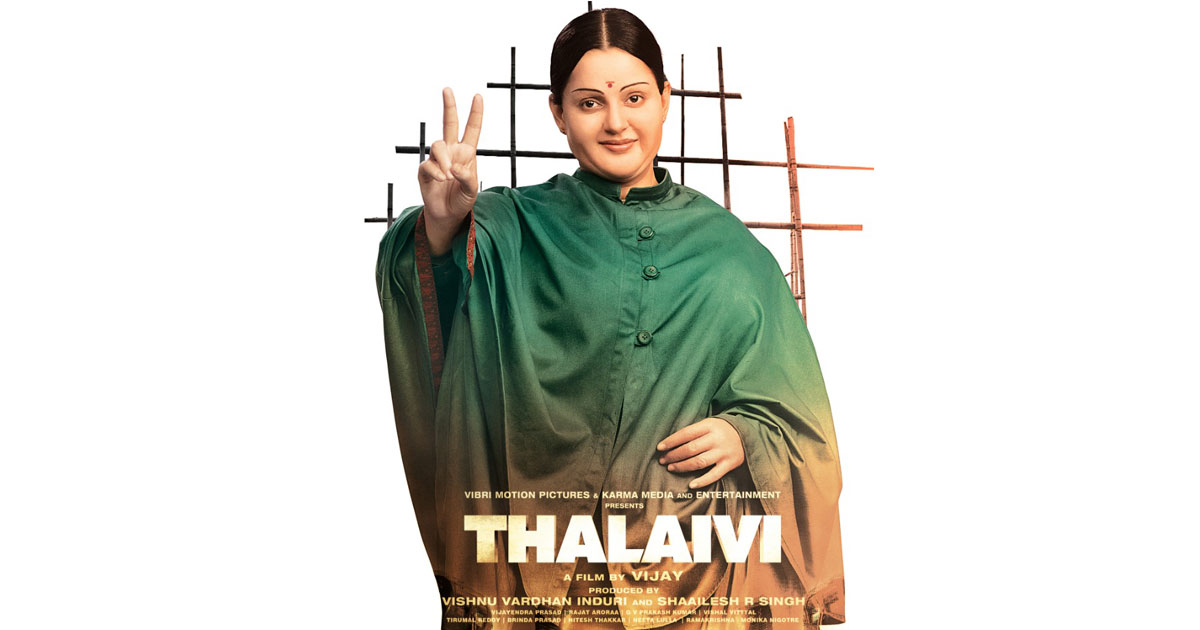 On the birth anniversary of Jayalalithaa, makers of Kangana Ranaut starrer ‘Thalaivi’, a biopic on the life of Tamil Nadu’s most celebrated and loved actress-turned- politician, announced that the film will release in cinemas on 23rd April, 2021.

The makers of Thalaivi announced the release date of the film with a motion poster which puts into spotlight, Jayalalithaa’s remarkable journey from being the face of Tamil Nadu’s film industry to the leader who changed the the fate of the state’s politics and shaped up lives of millions.

Thalaivi has generated immense buzz ever since the announcement as the film traces the journey of Jayalalithaa from her youth as the leading actress to the peak of her political career. Earlier, the makers had released looks of Kangana Ranaut as Jayalalithaa in the different stages of her life along with actor Arvind Swami who plays MGR, adding to the excitement and making it one of the most awaited releases of 2021.

Thalaivi is an upcoming Indian multilingual Indian biographical film releasing in Hindi, Tamil and Telugu and is directed by A. L. Vijay. The film is produced by Vishnu Vardhan Induri and Shailesh R Singh under their respective banners Vibri Media, Karma Media And Entertainment in association with Gothic Entertainment and Sprint films, set to release in cinemas on 23rd April 2021.

Must Read: It’s Alia Bhatt Vs Prabhas At The Box Office & It’ll Be Too Much Fun