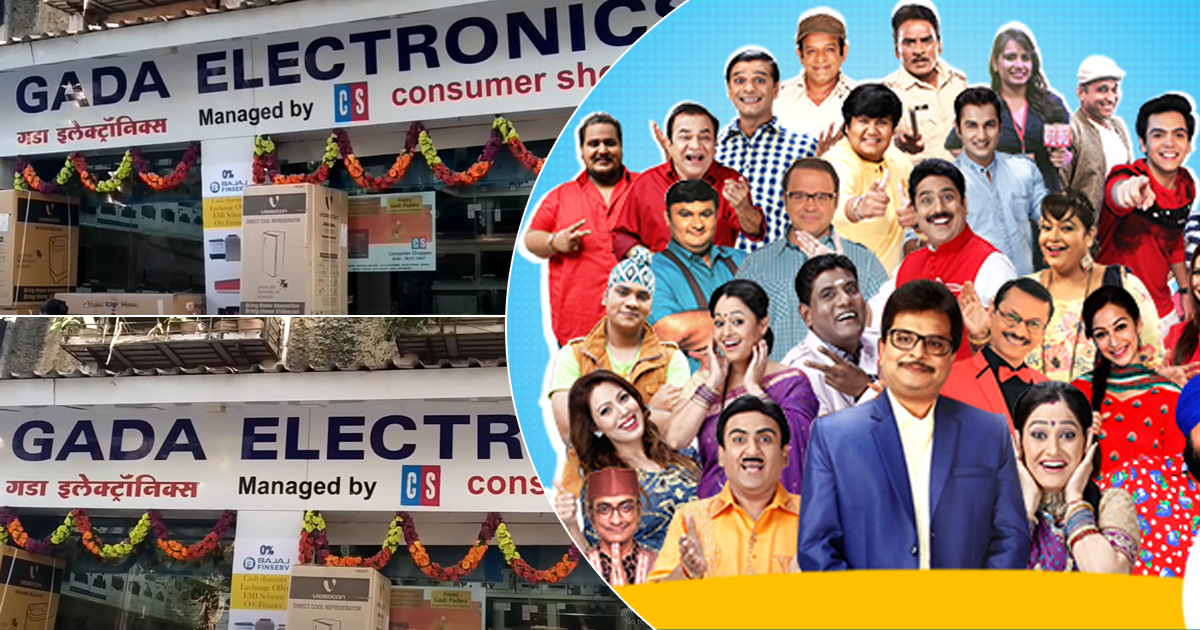 Taarak Mehta Ka Ooltah Chashmah aired its first episode in 2008, and it’ll finish 13 years in the matter of the next couple of months. Those who are here after reading the headline are very well aware of ‘Gada Electronics’, i.e. Jethalal’s (Dilip Joshi) store in the show.

Let’s take you inside the store to know how the makers have actually helped a local business to grow since the beginning of the show. It started when the makers approached a local electronic store owner named Shekhar Gadiyar in Khar for lending his shop to shoot specific sequences.

In her video, actress Garima Goel actually visited the electronic shop, which eventually got renamed Gada Electronics after the popularity of Taarak Mehta Ka Ooltah Chashmah. In a conversation with her, the owner revealed that he gets more visitors than customers.

Shekhar Gadiyar, in the same video, on being asked if he was afraid at first for lending his showroom for the shoot of Taarak Mehta Ka Ooltah Chashmah, said, “I wasn’t afraid of stealing, but due to the nature of products in my store, the only fear I had was of scratches and dents. But, touchwood, it’s been more than 12 years, and there hasn’t been a single such incident. They were here for a day’s shoot, and it’s been 12 years since. I turn back and look without realising it’s been so much time. It’s a good association.”

He also added, “We’ve smart customers visiting us. If there’s a shoot going on in the shop, they see it and don’t enter, saying they’ll visit after it’s over.”

On how Taarak Mehta Ka Ooltah Chashmah has actually helped his sales, he said, “We get too many visitors. More than customers, we’ve got visitors now. But there are some visitors who buy things from us as souvenirs. They click the photo with our brand, and video call their family informing that they’ve got something from Gada Electronics.”

Must Read: Rashami Desai On Failed Relationships With Nandish Sandhu & Arhaan Khan: “I Was Shaken Up Very Badly”