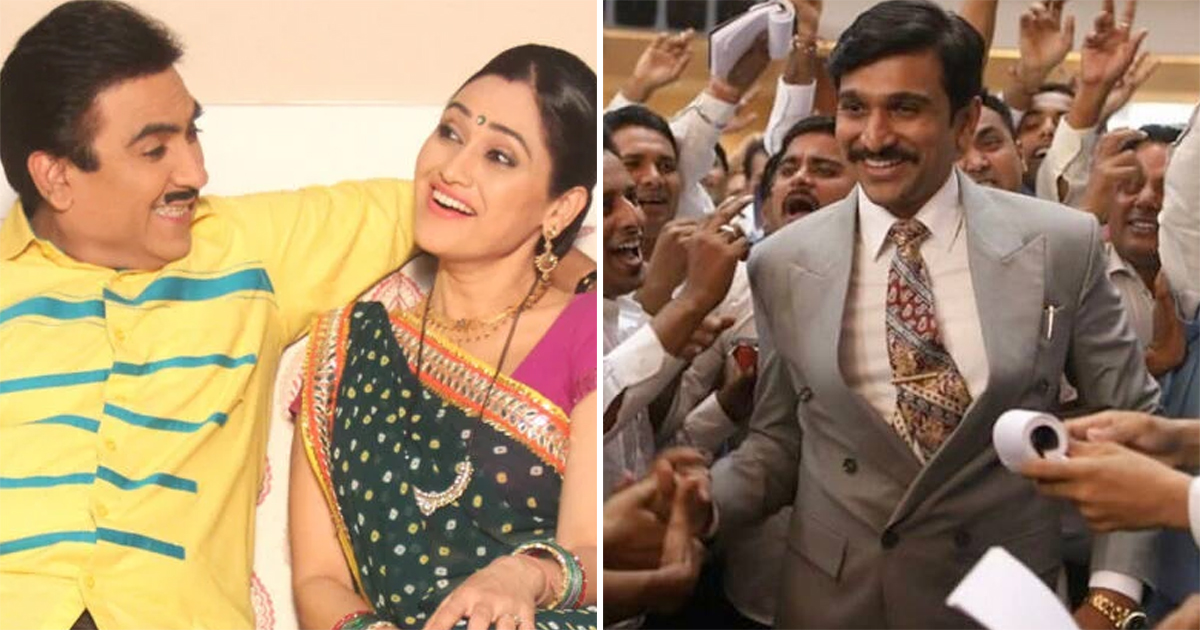 Taarak Mehta Ka Ooltah Chashmah has been one show which is ruling the space of television for years now. Recently, with major shows releasing on OTT platforms, we saw a bunch of such content challenging the television as the medium. Yes, both have a different set of audience, but over the course of the last couple of years, we’ve seen OTT shining bright with meaningful content.

One such show, surpassing all the expectations as far as the content is concerned, has been Hansal Mehta’s Scam 1992. Now, what if we say bother these share one similarity and it’s too amazing to miss.

Yes, these both contrasting shows had one thing in common, i.e. the show‘s actor Jay Upadhyay. How do you ask? Well, Jay who had portrayed the role of ‘Darling’ Pranav in Scam 1992, has played a short character in one of the older episodes of Taarak Mehta Ka Ooltah Chashmah.

For those asking for the episode, it’s numbered 1397 and is available on Sony Liv/YouTube to watch if you want to. Jay plays the role of a ‘strange man’ who comes to Dilip Joshi, aka Jethalal’s store to buy 100 smartphones. This episode was a follow-up to Sundarlal’s election campaign angle.

Here’s what the Description of the this Taarak Mehta Ka Ooltah Chashmah episode on YouTube reads: “A man walks into Jethalal’s store asking for a 100 pieces of a premium mobile phone. A few minutes later he discovers that the man works for none other than his own brother-in-law, Sundar, who claims to be buying the phones for a great cause. What could he possibly have in mind? Watch this episode to find out.”

The show is inspired from the famous humorous column ‘Duniya Ne Undha Chasma’ written by the eminent Gujarati writer Mr. Tarak Mehta. This story evolves around happenings in Gokuldham Co-operative Society and covers topical issues which are socially relevant. The show predominantly revolves around ‘Jethalaal (Dilip Joshi) who is an uneducated Gujarati businessman. Taarak Mehta (Sailesh Lodha), is his neighbour. ‘Jethalaal’ finds a friend and philosopher in ‘Taarak Mehta’ and often goes to him for advice whenever he is in trouble. Jethalaal’s family includes his simpleton wife ‘Daya Ben’ (Disha Vakani) and a mischievous son Tapu’.

Taarak Mehta Ka Ooltah Chashmah fans! How did you find this ‘Scam 1992’ connect with the show? Share your thoughts in the comments section below.