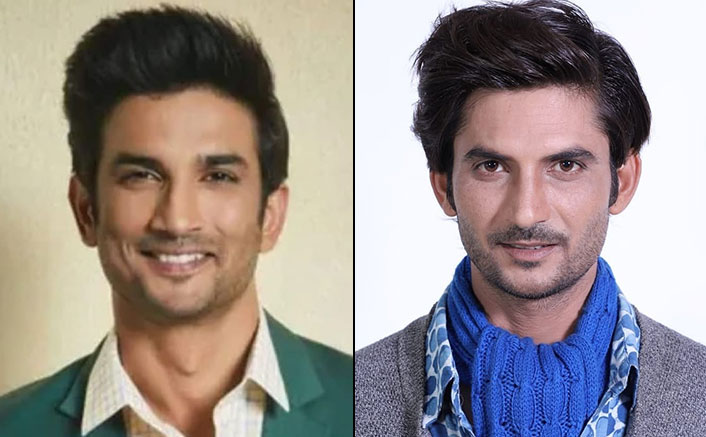 TikTok star and Sushant Singh Rajput lookalike Sachin Tiwari is all set to star in a film based mostly on the late actor. The film is titled as ‘Suicide or Murder: A Star was Lost‘. It is being helmed by Shamik Maulik and produced by Vijay Shekhar Gupta.

The first look of the movie was out final week. It’s a black and white poster which introduces Sachin Tiwari as ‘The Outsider’. The actor has now opened up on starring within the film based mostly on SSR’s life.

About Sushant Singh Rajput, Sachin informed Hindustan Times, “The news of his death was shocking to me. After his death, a lot of people started messaging me and telling me how I resembled him. I think they tried to find some kind of solace in me. It’s really sad that such a talented person had to take such a drastic step.”

Sachin Tiwari additionally talked about portraying Sushant Singh Rajput. He mentioned, “I started following him (Gupta) on social media, and then when he saw my pictures, he decided that I will be the hero of the film. I want to do a good job in the film, and I hope I don’t disappoint his fans.”

The actor additional mentioned he needs a CBI enquiry in Sushant’s case. “If there are people responsible for his death, then they should be punished. We want justice for Sushant,” Tiwari said.

Meanwhile, Suicide or Murder: A Star was Lost, based mostly on Sushant Singh Rajput’s life will begin its taking pictures in September. The shoot will occur in Mumbai, and the makers wish to launch it round Christmas this 12 months.