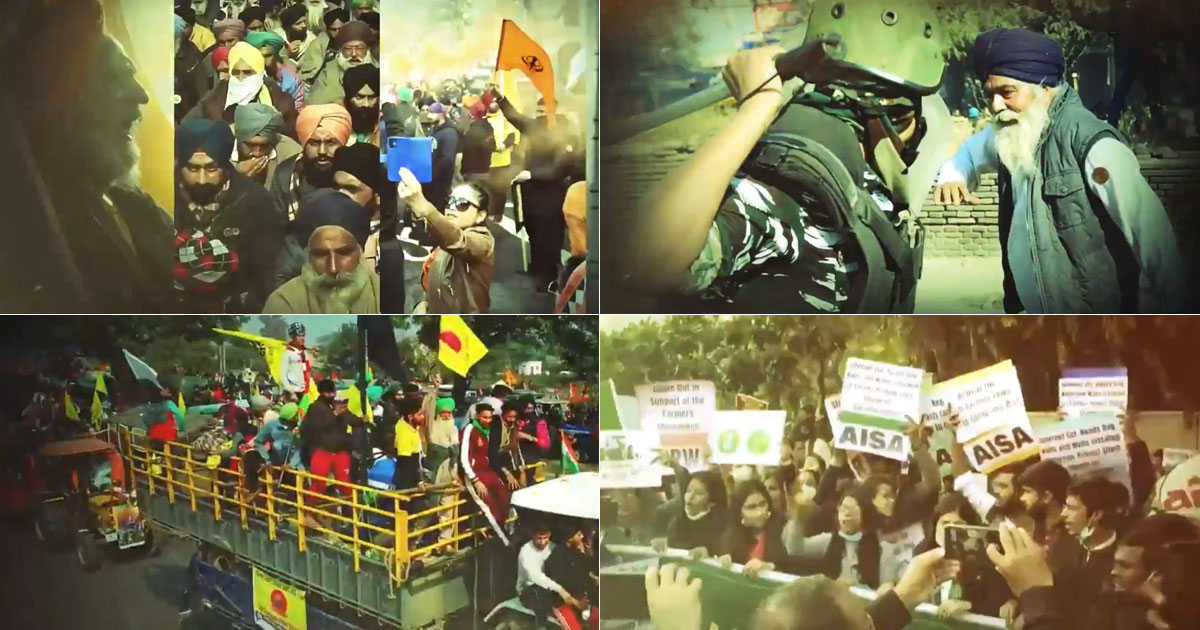 Farmers’ protest in India has turned out to be one of the biggest protests in world history, now even Super Bowl agrees with it. With millions of people joining the peaceful protest in the past few months, it has become a big topic of discussion in the world. As so much time has gone by without any solution, the intensity of the protests has grown and several human rights violations have been reported as well.

Recently Rihanna and many international celebs talked about the protests on social media and gave it a global platform. If that was anything less, the latest development makes the protest even bigger and something that no one can ignore.

A historic commercial describing the farmers’ protest has been recently played during the US’ most-watched television event, Super Bowl. The said commercial which has backed the protests was played between the Tampa Bay Buccaneers and Kansas City Chiefs match on 7 February.

According to The Quint report, the commercial has been created by Indian-American Raj Sodhi-Layne. She is a banker based in Fresno who collaborated with two of her friends to produce it and then signed a contract with CBS for air time.

To produce the commercial, Sodhi-Layne had created an online fundraiser on Feb 5 titled ‘Support Farmers in India with AD Superbowl Sunday’. It managed to raise $11,123 in a day’s time. The commercial was aired only in the Fresno County area and cost $10,000.

Though it didn’t air on American TV widely, the commercial went viral on social media soon. Watch it below:

Meanwhile, after talking about the farmers’ protest, international personalities like Rihanna, Mia Khalifa and others have been badly slammed by a huge section of netizens and Bollywood celebs like Kangana Ranaut.

Kangana took to Twitter and called the international pop sensation a p*rn singer, a p*rn star, and a Left Wing role model.

Kangana also attached a scantily-clad pictures of Rihanna alongside a saree-clad photos of herself along with the above two tweets.

Must Read: From The Aristocats & Garfield To Puss & Keanu – Meet The Cutest Cats Of Hollywood Movies