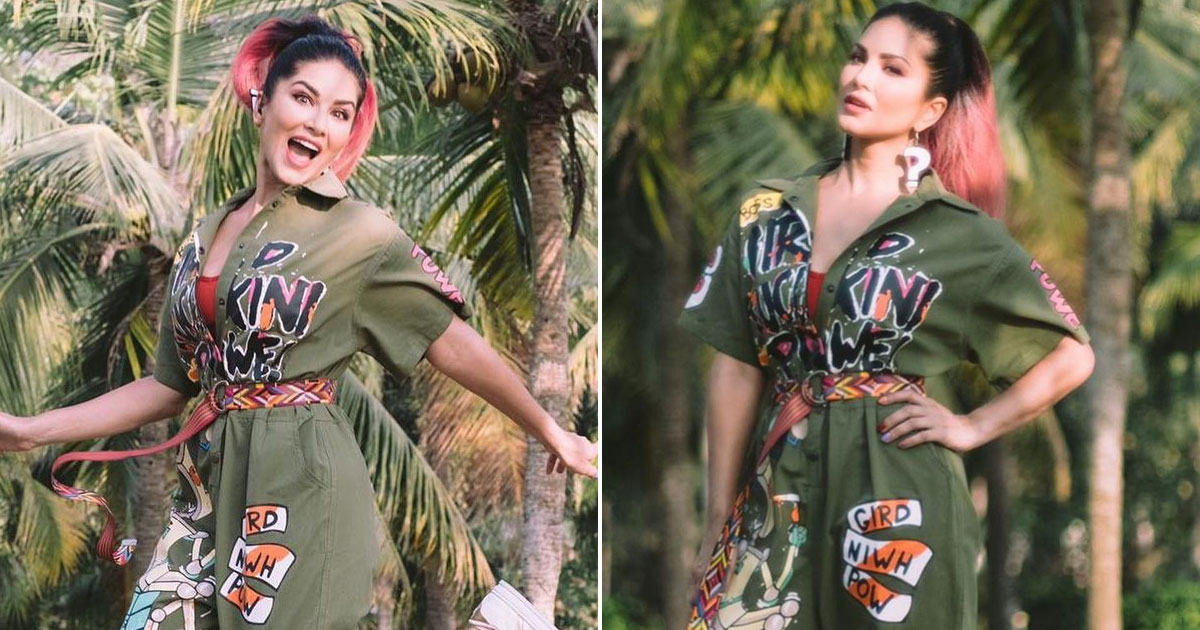 Sunny Leone has shared some pop philosophy for fans on social media, which she described as her Monday lessons.

“Monday lessons! Even if you try to alter the facts, the truth is still the truth! You will be able to convince only yourself and no one else!” she wrote as the caption.

Sunny posted her Monday lesson with a string of pictures on Instagram from Kerala, which capture her in an olive jumpsuit with chunky earrings, along with ombre shade hair. She completes the look with white sneakers.

Sunny Leone is currently shooting for the youth-based reality show in Splitsvilla in Kerala along with Rannvijay Singha.

Last month, Sunny kickstarted the first schedule of her first fictional web show Anamika in the city. The series is billed as a ‘gun-fu’ action thriller directed by Vikram Bhatt.

Meanwhile, recently Ernakulam Crime Branch (CB) unit filed a case against the actor based on a petition filed by the coordinator of an event that she was supposed to attend in the district on Valentine’s Day in 2019.

Shiyas, a resident of Perumbavur, alleged that Leone of cheating them of ₹29 lakh, her remuneration, for an event scheduled to be held at the Adlux International Convention Centre at Angamaly.

Must Read: Maanvi Gagroo Feels She Is ‘Extremely Opinionated’ But Understands Her Responsibility As Well