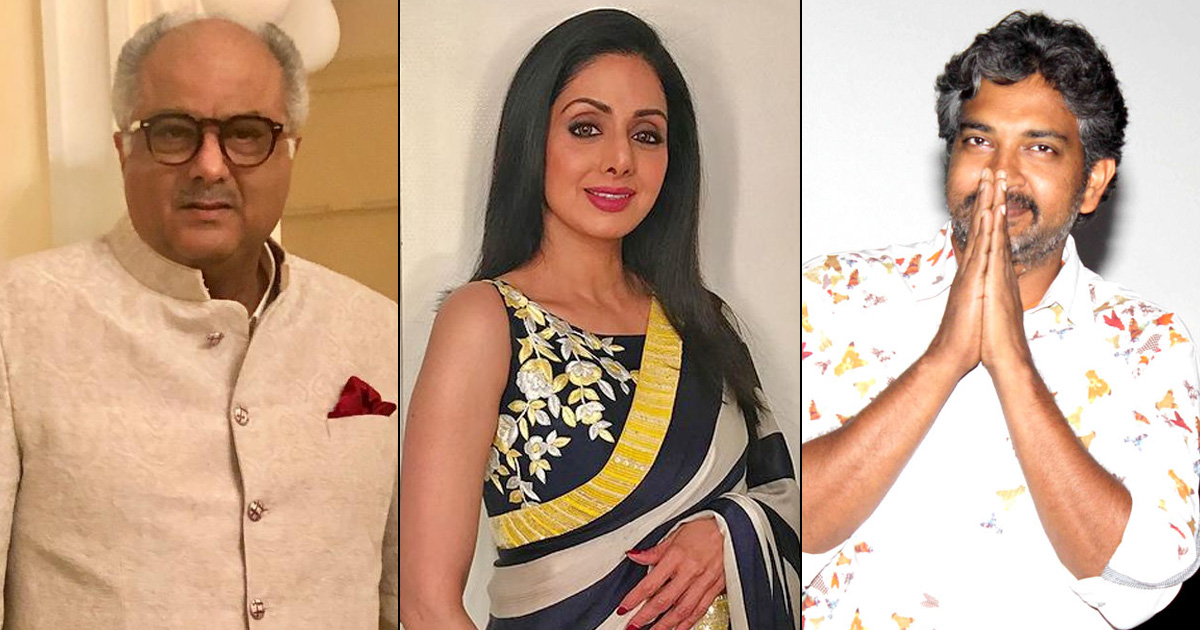 Baahubali has been a game-changer and life turner for SS Rajamouli. Before this movie, the filmmaker was one of the several successful Telugu directors. After this film, he became the most successful filmmaker of India. But, did you know he had a little tiff with Boney Kapoor because of Sridevi? Well, it looks like the two are coming face to face on the battleground yet again.

Rajamouli was very keen to have Sridevi on board as the Queen Mother, the role that eventually went to Ramya Krishna. But it was because of Boney’s interference that the filmmaker was forced to take this step. Keep reading further to know what happened at that time and how they are coming face to face again?

According to Pinkvilla, SS Rajamouli had signed Prabhas in this film even though he was not known outside Andhra at that time. But he said, “It’s an old commitment.” And when he went to Sridevi to cast her in this film, then Boney Kapoor apparently quoted a price on behalf of his wife.

In an unguarded moment, SS Rajamouli revealed in an interview that Sridevi had too many demands, and was therefore not part of Baahubali.

Reacting strongly to this Sridevi had said to the portal, “First of all, I can’t believe he (Rajamouli) would talk like that. Secondly, I am not the kind to make any kind of demands. Whatever happened with Baahubali is in the past. Why are we talking about it now? There are so many roles that I’ve turned down in the past. I think it’s highly impolite to talk about the films you don’t do.”

SS Rajamouli didn’t deny saying what he did about Sridevi’s non-presence in Baahubali. But he did regret talking about it in public. He told the portal, “As for whose version to believe, I guess it is for people to decide whom to believe. But one thing is for sure. I shouldn’t have discussed the details on a public platform. That’s a mistake. And I regret it.”

The fight now seems to have surfaced again with Rajamouli announcing a Dussehra release for his RRR alongside Boney Kapoor’s Maidaan. Who do you think will win this time?