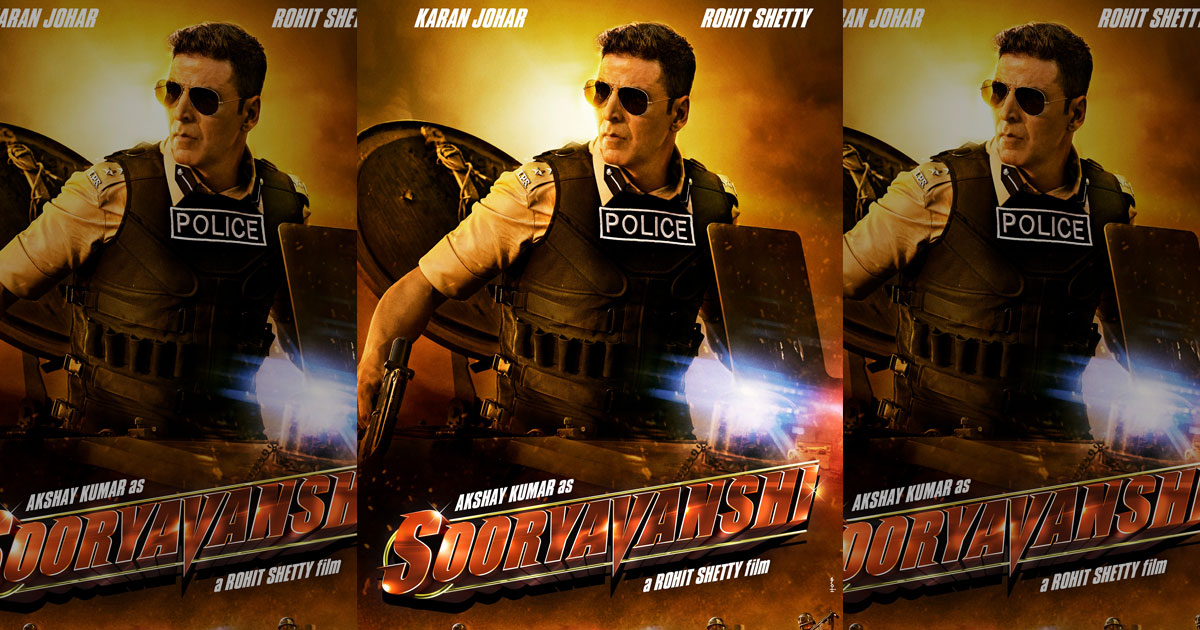 Akshay Kumar & Rohit Shetty’s Sooryavanshi has been one of the most awaited Bollywood films for a long time. After it got postponed due to pandemic last year, it looks like the film will finally hit the cinemas in March end or early April.

Ever since the government has allowed cinemas to run with 100% occupancies, the makers of Sooryavanshi have been in talks with exhibitors for a perfect deal. A fresh update around the same is here now.

As per Bollywood Hungama, Rohit Shetty and co-producers Reliance Entertainment have asked multiplex owners to give them 70% of the net income the film generates. But that’s just one of the two demands made by them. A source has been quoted as saying, “The producers of the film have asked for 70% of the revenue generated by the movie in theatres. In the pre-lockdown era, the producer or distributor used to get 50% of the amount. Their other demand is that they’d want their film to release on OTT after 28 days, that is, after 4 weeks. Earlier, the producers used to wait for 8 weeks before releasing their film on streaming platforms.”

It is believed that the second demand will get thumbs up from the exhibitors considering the recent Tamil success, Master released on OTT in just 16 days of its theatrical release. However, the first demand may cause some problem.

The source further adds, “The multiplexes feel that it’s an unfair demand and not financially viable for them. Meanwhile, the makers of Sooryavanshi argue that they have waited for a year for theatres to reopen at full capacity. They could have released their film directly on digital but they preferred to hold. Hence, they feel that their demand is fair. Moreover, during the clash of Aamir Khan’s Secret Superstar and Rohit Shetty’s Golmaal Again on Diwali 2017, Rohit felt shortchanged on the first day when many of the screens were undeservingly given to the former. From day 2, a chunk of screens were then handed over to Golmaal Again as Secret Superstar failed to get the desired footfalls. But in the bargain, Rohit Shetty lost out on a chunk of revenue on the festive day. He doesn’t want to burn his fingers again and hence has put forward these demands, which he feels are fair.”

A source close to Rohit Shetty has also confirmed as saying, “Rohit Shetty is asking the theatres to stand by him, the way he did over the past year, even though he has been receiving astonishing price offer from OTT.”

Sooryavanshi is a part of Rohit Shetty’s cop-universe. The film stars Katrina Kaif opposite Akshay Kumar and will have cameos from Ranveer Singh’s Simmba and Ajay Devgn’s Singham as well.

Are you looking forward to Sooryavanshi? Do you think exhibitors will agree with the demands of the makers?

Must Read: Bhool Bhulaiyaa 2: Tabu’s ‘No’ For Shooting Becomes A Headache For Kartik Aaryan & The Team?