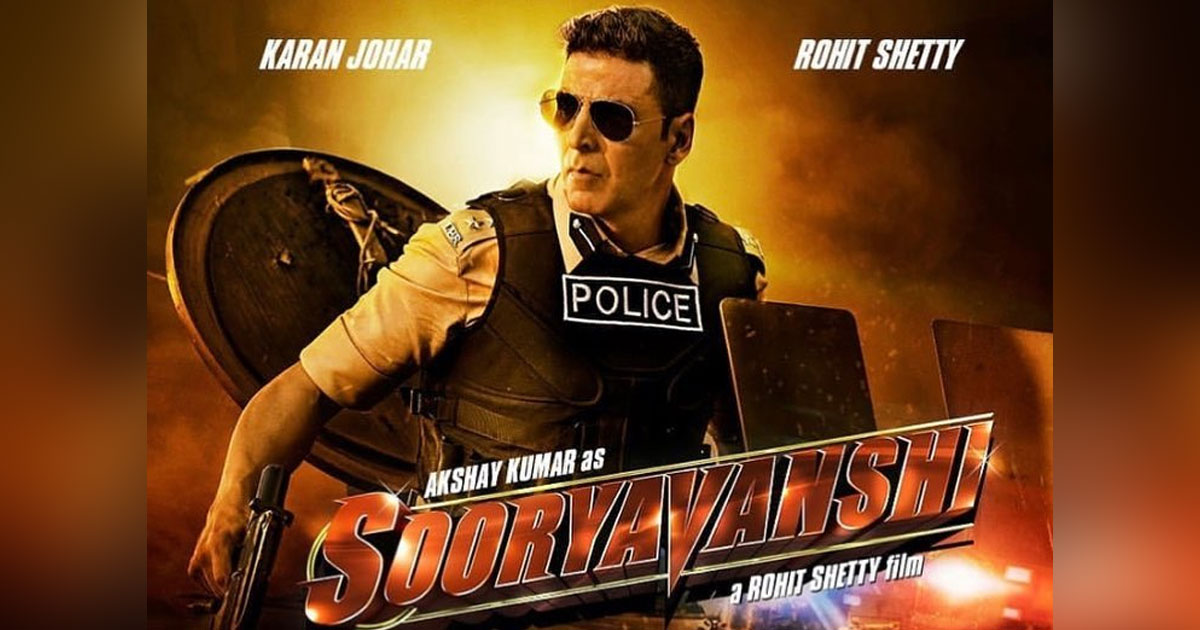 Sooryavanshi has been a much-awaited Bollywood film for a long time now. Back in March 2020, the Akshay Kumar & Katrina Kaif starrer cop-drama was expected to set the box office on fire but the pandemic hit the world and the film got postponed.

At that time, no one knew that the lockdown will extend to such a long period and even after multiple unlock phases, people will take time to come back to cinemas. It was believed that the Rohit Shetty directorial will hit the cinemas on Eid or Diwali 2020 maximum. However, when things didn’t look encouraging enough it got postponed again. There were some rumours suggesting that it may opt for direct OTT release like many other Bollywood films, like Akshay’s own Laxmii. But co-producer, Shibashish Sarkar continued to deny the rumours and repeatedly stated that Sooryavanshi will only release in cinemas.

As 2021 began, everyone in the trade knew that Sooryavanshi will release in the first quarter of the year. Shibashish himself told Mid-Day, “The situation in the country is improving as is the economy, so the mood is largely positive. A section of people headed to theatres to watch Tenet and Wonder Woman 1984. That was an encouraging sign. So, now, we are looking at bringing one of the films in the third week of March, during Holi. We have yet to decide on the film though. We were supposed to release Sooryavanshi on March 24, and ’83 in April. If we follow the same sequence, Sooryavanshi should come first. That said, we are discussing the nitty-gritty.”

However, as time passed, the trade started getting anxious again. On one side there were constant reports suggesting Sooryavanshi will hit OTT directly and on the other, there was no official announcement from makers regarding the film’s release. The cinemas were operating on 50% capacity which was a discouraging sign for the theatrical release of an event film like this. On top of that many countries like the US, UK was badly suffering (and continue to suffer) from the pandemic. So it was obvious that the makers will keep themselves safe. Moreover, it has been a long time since the makers of Sooryavanshi have been holding its release for the big screen and they have faced huge losses for it.

While the depression continued to escalate, the big news of the government allowing 100% occupancies in cinemas came and brought a smile to everyone’s face. This also meant that there are more chances of Sooryavanshi releasing in cinemas now because masses won’t be kept of theatres.

But the troubles were far from over. The makers who had survived huge losses in the year gone by wanted to have a more favourable deal with the exhibitors. It was reported that producers Rohit Shetty & Reliance have asked for more ticket revenue share and lesser OTT release window from exhibitors. While single screens and small multiplexes hardly had any issue with it, big ones didn’t agree.

Sooryavanshi is still slated for early April theatrical release but it won’t happen until the big multiplexes agree to the terms of the makers. It’s being said that if they don’t agree, the makers will release it in single screens and small multiplexes. Recent reports suggested that the makers have started booking the cinemas. The negotiations are still on with big multiplexes and it will be clear in a few days now that how and when the film will release.

Sooryavanshi is a part of Rohit Shetty’s cop-universe which will have cameos from Singham (Ajay Devgn) & Simmba (Ranveer Singh).