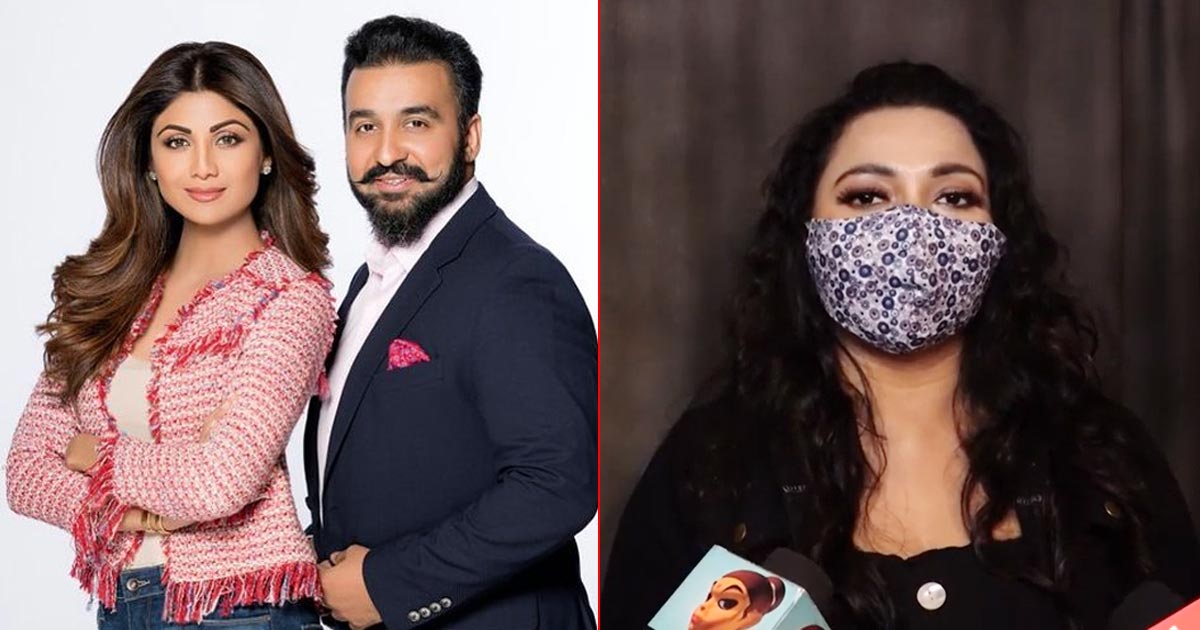 Shilpa Shetty and her husband Raj Kundra were recently in news for buying a new luxurious car. But it seems the businessman has now found himself in huge trouble. A model named Sagarika Shona Suman has claimed that Umesh Kamat who was recently arrested in the p*rn film racket is the assistant of Raj.

Sagarika did a press conference today and alleged that Umesh asked her for ‘nude auditions’ for a web series being made under Raj Kundra’s production house. She has also demanded his arrest suggesting that he is involved in the racket.

Sagarika Shona Suman narrated the incident and said, “This happened in August during the lockdown. I got a call from Umesh Kamat. They told me that they are making a huge web series, which is owned by Raj Kundra. He said that together with us you will get a very big hike. He told that the web series is based on love stories. I accepted the offer. He then said that he would take the audition on a video call. When the turn came for the audition, he demanded a nude audition from me.”

She also added why she spoke about it now, “I had forgotten it as a bad experience. But seeing what has been going on in the media for two-three days, I felt that I should come forward. It will be a good lesson for every girl out there. They should be told openly that you do not fall into these things. Don’t get caught in such a racket, which spoils your life.”

Asking for Raj Kundra’s arrest, she said, “I was asked to be nude on a video call in the name of the audition. Which I refused. There were three people including Umesh Kamat. One’s face was not visible. I think he was Raj Kundra. Because Umesh Kamat was repeatedly taking the name of Raj Kundra and saying that all the sites that are running, he owns them. I want to say that why is Raj Kundra not being arrested? A lot of their sites are also running. I feel somewhere that the main link is the same.”

Watch the video below:

What are your thoughts on the same? Let us know in the comments section. Stay Tuned to Koimoi for more updates.