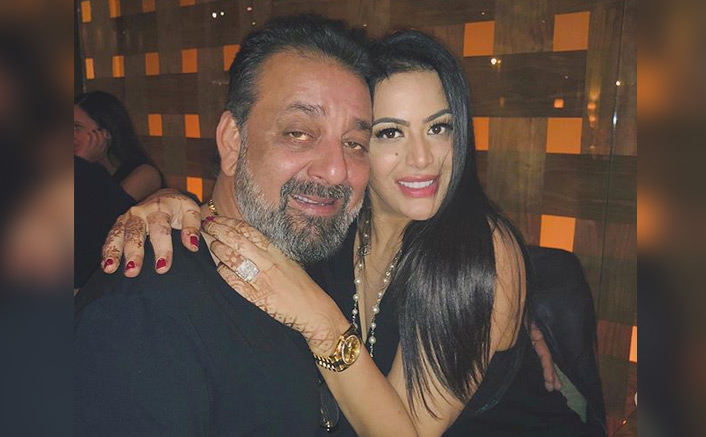 Dutt, who is a psychotherapist by profession, made sure that she gave prolonged answers to important questions asked by people on the live session. When she was asked about making mistakes in a relationship, Trishala revealed conceded going ‘back and forth about answering this question’. However, eventually, she decided to talk about her experience with a toxic relationship that could potentially help someone.

While Trishala Dutt maintained that she is not perfect, she wrote, “This guy I was ‘dating’ a few years ago & I put the word ‘Dating’ in quotes because I was basically dating myself, he never gave a sh*t lol but I had to convince this guy why it would be such a good idea to be together. I remember saying I would ‘give him a week’ to ‘think about it’. Wow! Talk about having low self-esteem, talk about having no respect for myself. Talk about having zero boundaries. Talk about subconsciously hating myself.”

Trishala Dutt further wrote, “Anyway, long story short he treated me like trash. Obviously. And every day I thought ‘he’s just having a bad day’ – ‘Well, he’s going through a lot so it’s okay’ ‘maybe tomorrow will be better’. And it never got better. It got worse.” 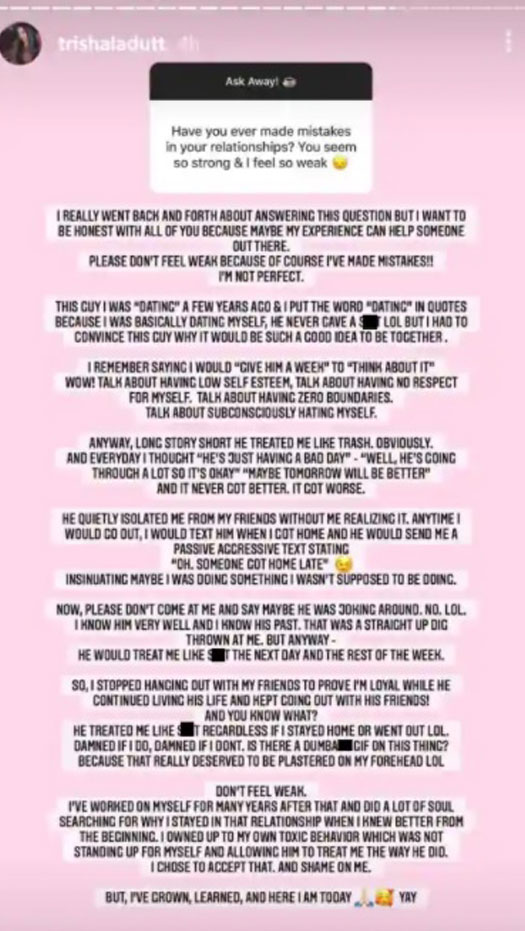 Sanjay Dutt‘s daughter Trishala Dutt also revealed that she couldn’t recognise her ex-boyfriend’s abusive behaviour towards her at that time. Talking about it further, she wrote, “He quietly isolated me from my friends without me realizing it. Anytime I would go out, I would text him when I got home and he would send me a passive-aggressive text stating ‘oh, someone got home late’ (wink emoji) insinuating maybe I was doing something I wasn’t supposed to be doing. Now, please don’t come at me and say maybe he was joking around. No. Lol. I know him very well and I know his past. That was a straight-up dig thrown at me.”

She said that her ex-boyfriend would ‘treat me like sh*t the next day and the rest of the week’ and she cut herself off socially as a result.

Must Read: The Girl On The Train Trailer Review: Netflix India Seems To Have A Winner In Hands