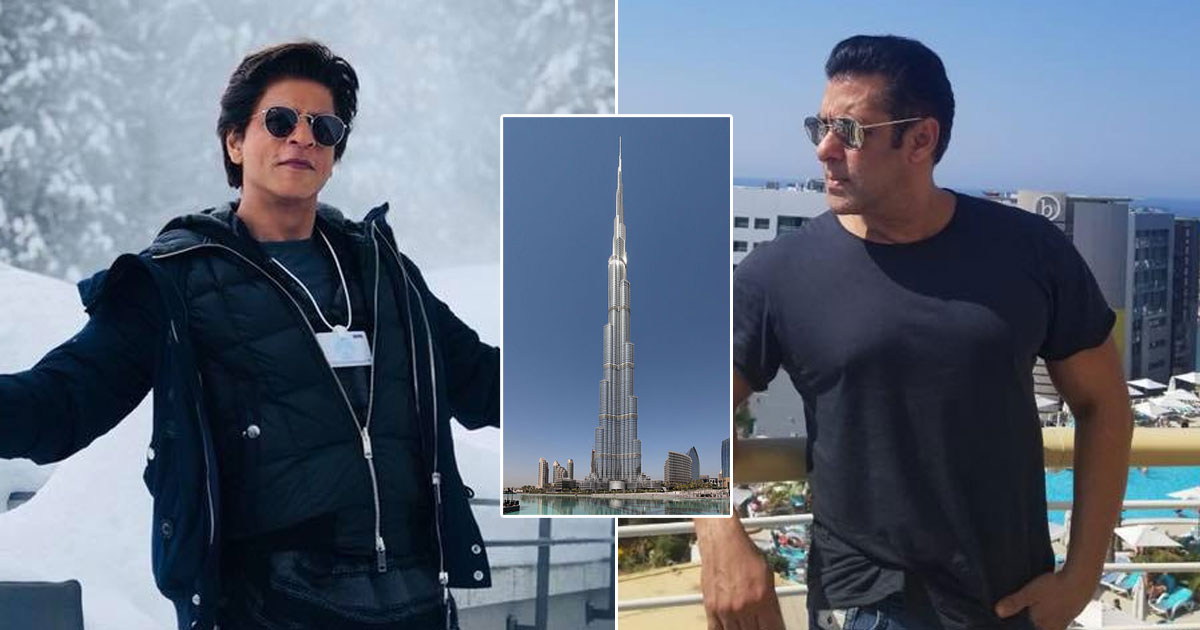 Salman Khan during the recent weekend ka vaar on Bigg Boss 14 revealed that he’ll soon be shooting his cameo in Shah Rukh Khan and Deepika Padukone’s Pathan. The superstar revealed that he’ll be heading to UAE as soon as the reality tv show is over. Read to know the scoop below.

Reportedly, Salman’s schedule is jam-packed with back to back movies for the upcoming year. He’ll start with Pathan and then continue with Tiger 3 and Kabhi Eid Kabhi Diwali before the actor returns for season 15 of Bigg Boss.

A source close to Bollywood Hungama revealed that Salman Khan will be soon joining Shah Rukh Khan in UAE for Pathan. And guess what? They are going to meet at the top of the world. And by that, we meant that they’re going to perform some heavy action sequences at the Burj Khalifa.

“Salman Khan has a prolonged action scene in Pathan which will be shot in UAE. It features not just him, but also Shah Rukh Khan, Deepika Padukone, and John Abraham. Apart from this, a special entry scene is being designed for his appearance as Tiger. It’s going to be a massive stint with all the superstars in the United Arab Emirates,” the source said.

The source further added, “The reunion of Salman and SRK, along with the never seen before action scene on Burj Khalifa with SRK is going to be among the major highlights of Pathan.”

Fans across the world are desperately waiting for their long awaiting camaraderie. Shah Rukh did a cameo in Salman’s ‘Har Dil Jo Pyaar Karega’ and ‘Tubelight’ and so did the Radhe actor, he made his cameo in SRK’s Kuch Kuch Hota Hai’ and ‘Om Shanti Om’.

Must Read: Bride-To-Be Dia Mirza Glimpse Us With Her Mehendi Ahead Of The Wedding With Vaibhav Rekhi