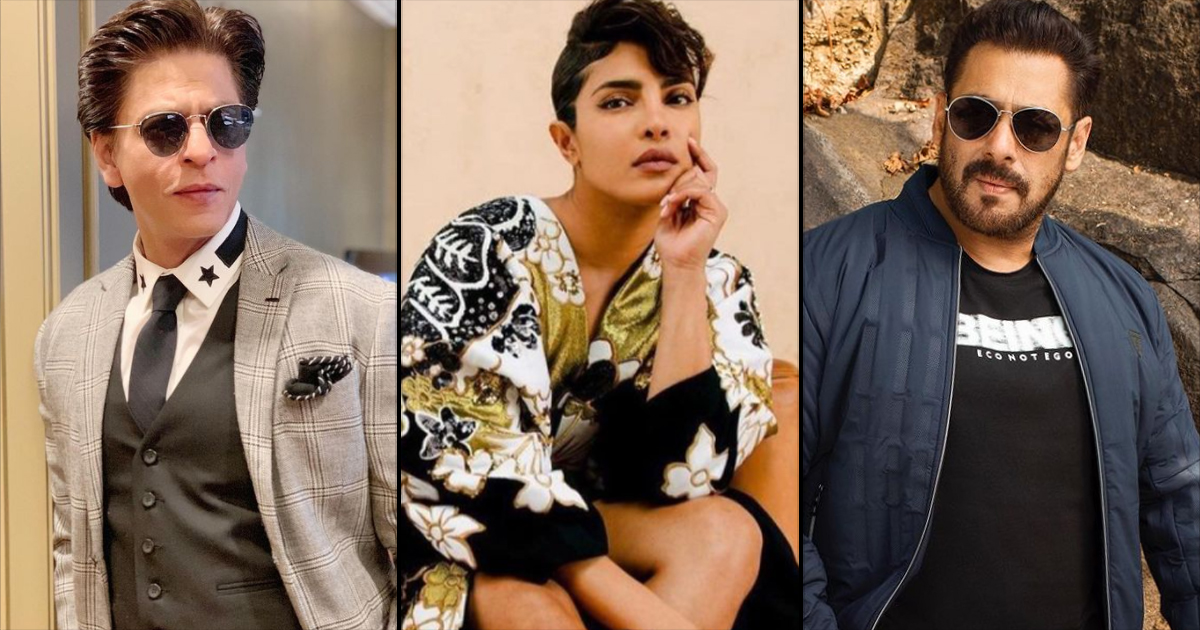 Real estate is a profitable investment – how many time have you heard this statement? Well, I have been hearing it since the day I started working. While it may not always be feasible for us – owing to our shopping and self-care desires – fro us to already have some piece of land to our name, the same is not true for Bollywood stars.

In fact, some of them are so rich that not only do they own property – sorry multiple properties – in India, a good number of them are also owners of lavish homes abroad. From Salman Khan and Shah Rukh Khan to Kareena Kapoor Khan, Priyanka Chopra and Aishwarya Rai Bachchan – here’s a look at 10 Bollywood stars who have spent crores abroad.

Dubai is definitely one of Bollywood actor Salman Khan’s favourite location across the globe. The actor, in fact, has a home in the Gulf country too. As per a 2014 article, the Dabangg actor brought a fancy apartment in Dubai. His apartment is located in The Address Downtown in close vicinity to the Burj Khalifa. Given its location, we wonder how many crores the actor paid for it.

While the King of Bollywood had Mannat in Mumbai, he and wife Gauri Khan have Jannat in Dubai. He is one of the very few actors to own a beautiful island home at Palm Jumeirah, Dubai. The luxury home is located in K Frond of Palm Jumeirah, the world’s largest artificial archipelago. It reportedly spread over a whopping 8500 sq. ft. We all wish we can have a beach house abroad like this powerful couple.

Akshay Kumar holds Canadian citizenship so it should be shocking that the actor owns a real estate there as well. But what’s astonishing is that Khiladi Kumar owns an entire hill in Toronto! That’s right guys! He also owns a couple of apartments and a plush bungalow comprising a hill in the Canadian city.

Spending more half a century in the Bollywood film industry, it is not shocking to know that Amitabh Bachchan owns property worldwide. The actor who has five huge bungalows in Mumbai itself also owns a luxurious home in Paris. As per reports, he brought this for wife Jaya Bachchan, and it is worth close to Rs. 3 crores.

The Nawab of Pataudi, Saif Ali Khan and his begum, Kareena Kapoor Khan love travelling abroad, especially the snow-covered Alps. With their love for the Swiss country evident from multiple trips there, we think it is good that the couple owns some property there. Saif and Kareena own a luxury chalet Swiss resort town of Gstaad.

Just like pap Bachchan, even Abhishek Bachchan own a property abroad. The actor and wife, Aishwarya Rai Bachchan invested in a gorgeous, sprawling villa in Dubai’s Sanctuary Falls in Jumeirah Golf Estates. It seems like they are SRK’s neighbours in the UAE.

Shilpa Shetty Kundra and her businessman husband are rich and live in style. Raj, who was born and brought up in London, owns a lavish seven-bedroom home in Weybridge, Surrey with his darling wife.

From Sonam Kapoor’s Instagram feed, it is evident that Bollywood actress and fashionista loves spending time abroad. So this doesn’t come as a surprise that the couple owns an eclectic and cosy apartment in the Notting Hill area of London.

Priyanka Chopra resides with hubby Nick Jonas in the Encino neighbourhood of Los Angeles, California. Given that the two are based they – PeeCee with her many Hollywood projects – made sense for the Bollywood actress to invest in real estate in the USA. The couple’s home has seven bedrooms, eleven bathrooms as well as a vast outdoor space, an infinity pool and a backyard that looks out onto the city.

John Abraham not only owns a classy apartment in Bandra, but he also has a plush home in Bel Air. For those who do not know, this locality is part of the platinum triangle of LA neighbourhoods and has actors like Jennifer Aniston and Brad Pitt living there.

Must Read: Ranvir Shorey Slams Bhatts: “I Don’t Think They Are That Powerful; They Started Lying About Me In Public”