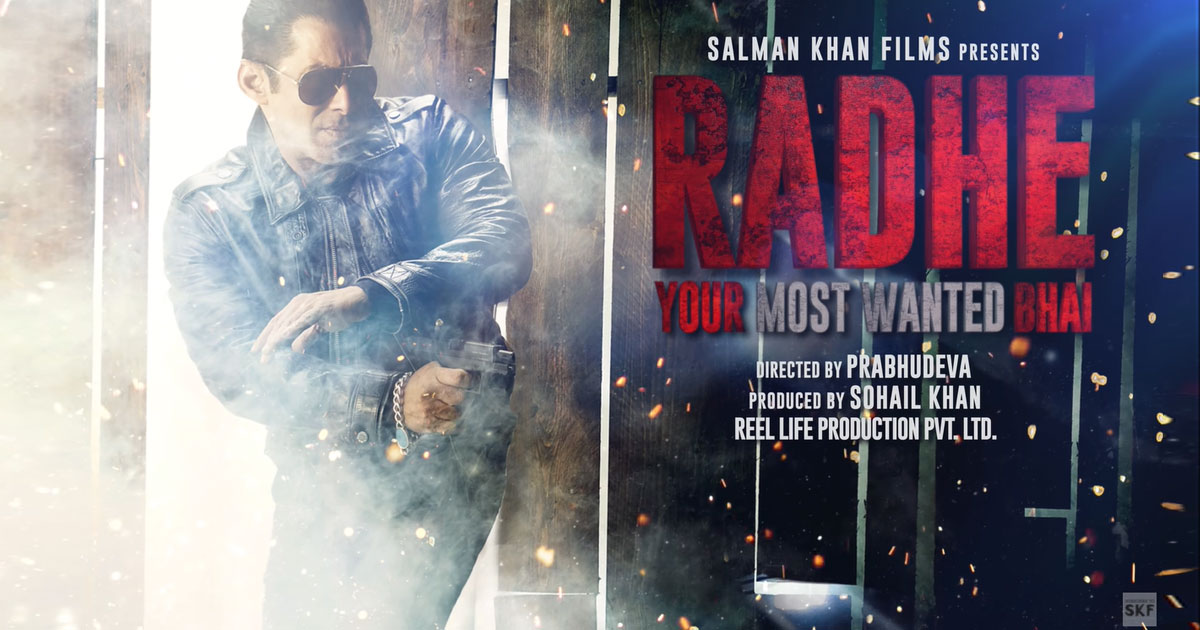 Salman Khan‘s Radhe – Your Most Wanted Bhai is one of the most awaited films of 2021. The film was supposed to be released in May 2020 but due to pandemic, its release was postponed. The film was wrapped up in October 2020 and it is finally releasing this EID.

Salman recently took to social media and announced the release of the movie on Eid this year. As fans are excited for the film to be released in theatres, the latest report claims that the actor was offered obscene amounts of money by OTT platform to change his mind.

A source has revealed to Bollywood Hungama, “Salman Khan is Salman Khan. The digital platforms are dying to acquire Radhe – Your Most Wanted Bhai and his next Kabhi Eid Kabhi Diwali which hasn’t even started shooting. But Salman is not in the mood to change his mind.”

The report also stated that Salman has been offered an unheard-of amount for Prabhudeva’s directorial film by one of the leading OTT platforms. However, the actor stuck to his guns on theatrical release. The source said to the publication, “They are even agreeable to an OTT release some weeks after its theatrical release. But Salman is not obliging them.”

Salman Khan’s Radhe: Your Most Wanted Bhai boasts of an ensemble star cast. He will be reuniting with his ‘Bharat’ co-star Disha Patani in the film. Jackie Shroff and Randeep Hooda will be seen playing important roles in Prabhudeva directorial.

Apart from that, the film also features, Zarina Wahab, Gautam Gulati, and Arjun Kanungo in key roles. Several reports also suggest that Jacqueline Fernandez will be seen featuring in a special dance number in the film.

Must Read: Diljit Dosanjh Announces Film With Shehnaaz Gill & We Can Only Tell Fans ‘Honsla Rakh’ Till The Release Date