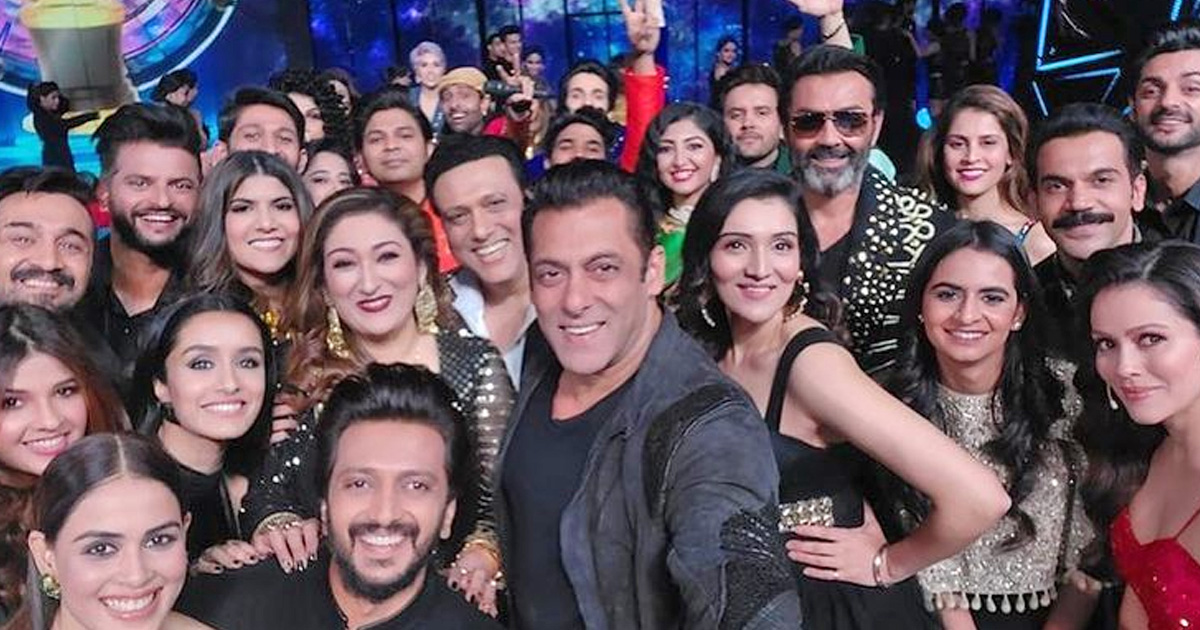 Actor Salman Khan posted a cheerful picture on Friday with many Bollywood and cricket celebrities. He decided to call the photograph a mega selfie.

The actor is seen taking a selfie with many artists including Rajkummar Rao, Genelia Deshmukh, Ritesh Deshmukh, Govinda, Shraddha Kapoor, Karan Wahi amongst others. Cricketer Suresh Raina is also spotted in the picture.

Incidentally, all these celebrities are part of a new music reality show Salman is promoting.

He will soon be seen in the theatres with his next film Radhe: Your most Wanted Bhai. The film is directed by Prabhudeva and also stars Disha Patani, Randeep Hooda and Jackie Shroff. It has been announced for release on the Eid Weekend in May.

Must Read: Hrithik Roshan In Trouble Again Over Kangana Ranaut Row! Gets Summoned By Crime Intelligence Unit To Record His Statement Against The Actress