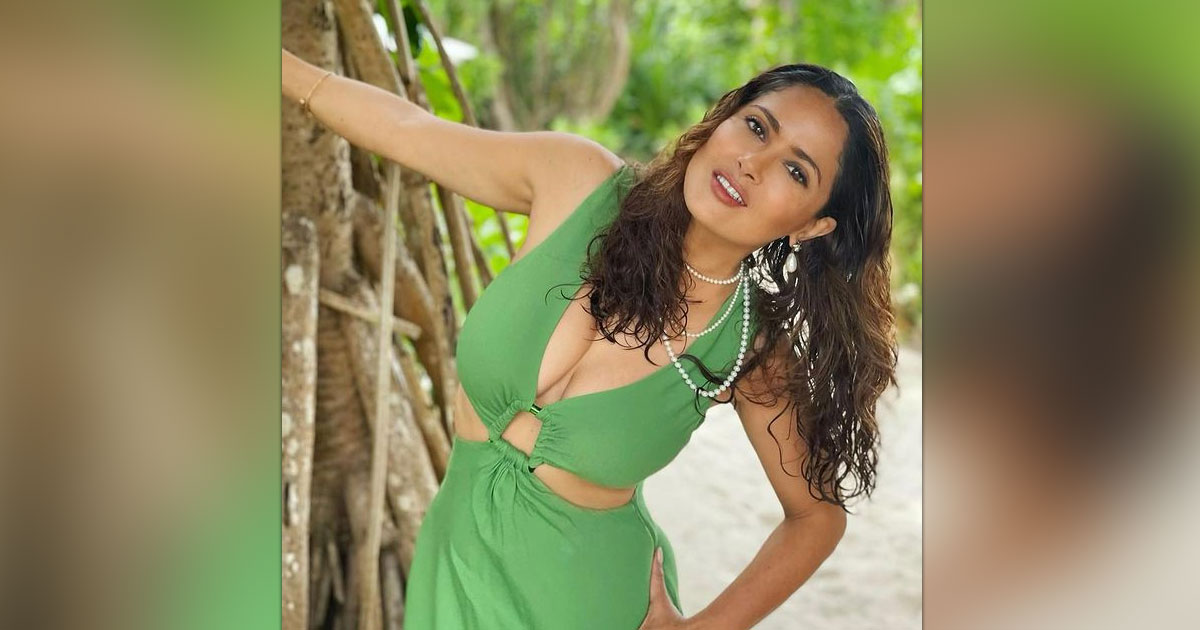 Salma Hayek has been in the news for a long time now. The beauty time and again comes up with sultry poses and leaves her massive fan base mesmerized. Her bikini pictures are the talk of the town. But what if we tell you she doesn’t even look the same way anymore? The Eternal actress is herself revealing the real deal and we’re shocked! Read on for all the details.

Lately, Salma has been shining bright like the sun. Her hourglass figure has been under the radar for many. The actress, however, says that most of the pictures are from her previous vacations. And it is all mostly throwback stuff. Yes, you heard that right.

In a conversation with E!Online, Salma Hayek said, “I had to lose a lot of weight and exercise to get into the bikini towards the end of last year. I’m glad I took a lot of pictures, I have no shame on it, because it was the first week of the vacation.”

Salma Hayek continued, “But after that first week and when I heard that everybody was going back into quarantine, I started eating again.”

Unlike many, Salma came clean when she clarified that she is not in the same shape today. “I saved my pictures, I’m not in the same condition today and I’m spreading the love out like every two weeks. I’m going to put up another one. I’m almost running out of them but I don’t know if you have that feeling, like, 2021,” she added.

Salma Hayek added that people think she wears bikini every single day. However, that’s not the scenario and most of the pictures are from the same location. Can you even believe it?

Meanwhile, Salma will be next seen in the Eternals. The Marvel movie has been pushed for the nth time now. Blame the pandemic as things are still taking time to get back to normalcy.

Must Read: Post Priyanka Chopra, Now Nick Jonas Says He Wants ‘Many Kids’ – Is This A Hint?