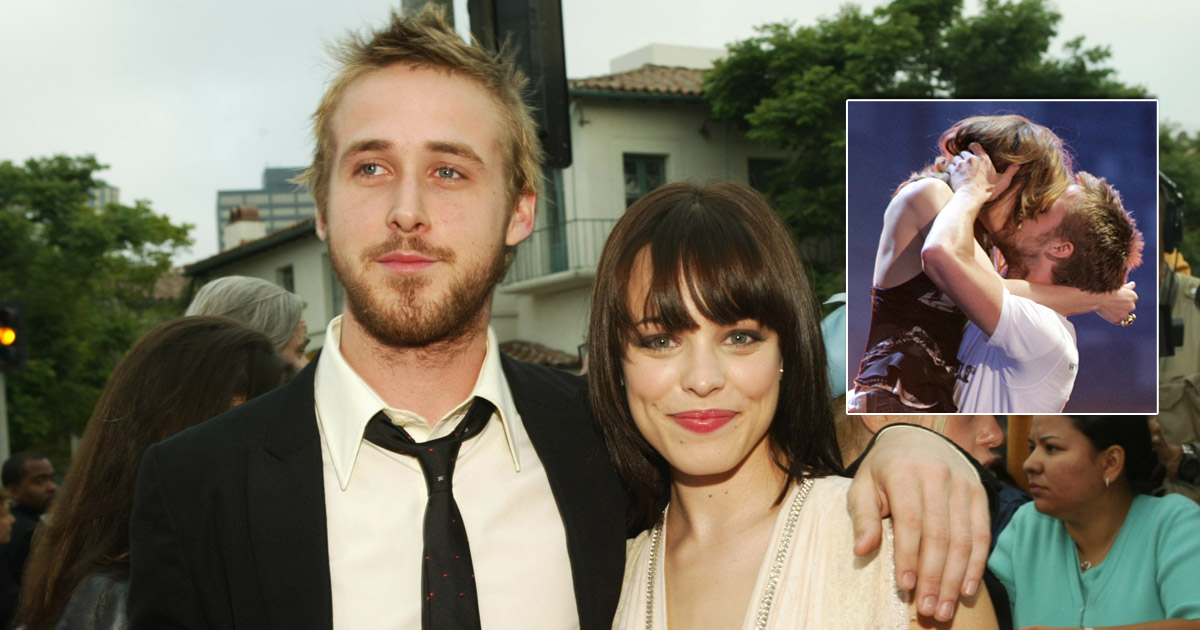 When we talk about the classic romantic movies, The Notebook is the first name that pops up in our heads. Somewhere or the other we can all relate to Rachel McAdams’ Allie and Ryan Gosling’s Noah in today’s time and do y’all remember their iconic kiss? Well, today we bring you a throwback to when the two kissed at the MTV awards back in 2005.

Rachel and Ryan dated each other from 2005-2007. Their affair was the talk of the town and front-page story for all the tabloids back in the days.

Back in 2005, The Notebook starring Rachel McAdams and Ryan Gosling won an award for the ‘Best Kiss’ and while the two actors went on the stage to collect the award, they also recreated the scene from the film.

An Instagram page shared a video of the same and fans are going gaga over the same. One user commented, “and u’re telling me both of them didnt catch any feelings? Like if I did this with someone I would probably be planning our kids names”.

If that doesn’t give you goosebumps, we don’t know what will!

Sadly, Rachel McAdams and Ryan Gosling broke up in 2007 and this came as a shock to all their fans. In an interview from 2007, the La La Land actor revealed that they tried their best to save the relationship before calling it a ‘draw’.

“The only thing I remember is we both went down swingin’ and we called it a draw,” Gosling said.

What are your thoughts on Ryan Gosling and Rachel McAdams recreating the kiss scene from The Notebook? Tell us in the comments below.

Must Read: Taylor Swift Is Releasing Love Story’s New Version At Midnight & We All Will Just Say ‘Yes’