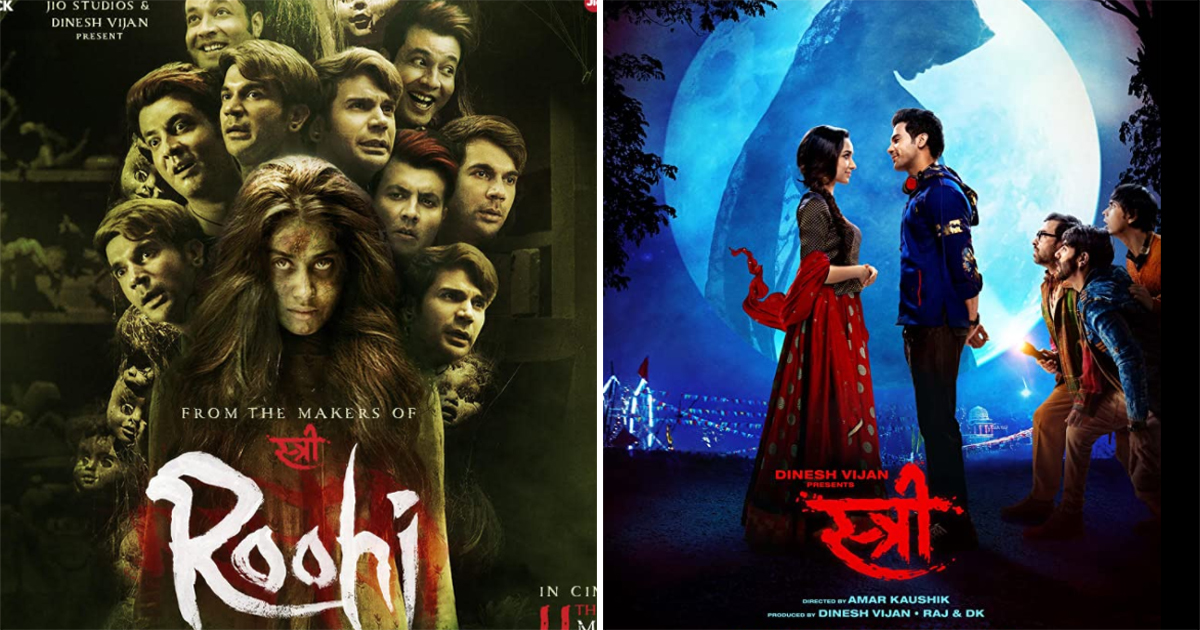 After a long wait, Bollywood is finally gearing up for a comeback on big screens. Though a few films have released post lockdown they hardly had any potential to bring the audience back. Now as the industry gears up to release major films starting from March, the excitement is pretty high. Janhvi Kapoor, Rajkummar Rao & Varun Sharma starrer Roohi is the first major Hindi film releasing amid the pandemic.

The much-awaited film is a part of Dinesh Vijan’s horror-comedy universe and is a follow up of the 2018 Super-Duper Hit, Stree. Starring Shraddha Kapoor & Rajkummar Rao in lead, the film was loved by critics as well as the audience. With a business of 129.67 crores, it was among the best trending films and also among the highest grossers of that year.

Now expectations are high from Roohi as well.

1) It’s a part of a successful brand plus horror-comedy is a highly popular genre among the audience. The success of Bhool Bhulaiyaa, Go Goa Gone, Golmaal Again & even Stree is proof.

2) Janhvi Kapoor has built her own fan following even though she is a newbie in the industry. Her debut film Dhadak was a box office Hit and the second film Gunjan Saxena: The Kargil Girl was also a success on OTT. Rajkummar Rao is a popular face as well thanks to films like Bareilly Ki Barfi, Kai Po Che!, Queen, Shaadi Mein Zaroor Aana, Stree, Ludo and others.

3) The trailer of the film promised an entertainer which the audience has been looking forward to for a long time.

Now how much business, Roohi can be expected to do at the box office?

First of all, let’s not expect it to be a 100 crores grosser just like Stree.

1) Times are tough and the audience behaviour is unpredictable. Even when 100% of occupancies have been allowed in cinema halls at several places, we can’t expect the crowd to jump up on films immediately.

2) Before COVID-19, the theatrical to OTT window of films was 8 weeks. However, in this period, this has been reduced to a major extent. As the films will release on OTT sooner than before, a lot of people will like to wait and opt for that option.

3) Janhvi Kapoor’s star value is not as big as Shraddha Kapoor. Before Stree, she had given 100 crore grossers like Ek Villain & ABCD 2. So it wasn’t a huge task for Stree. While in this case, it will be a big challenge.

Practically, in a situation like this, the first target of Roohi will be to touch the 50 crores mark. If that happens, it will be good news for the industry. And if it can go above 60 that will surely be something really encouraging.

Directed by Hardik Mehta, Roohi is slated to release on March 11.