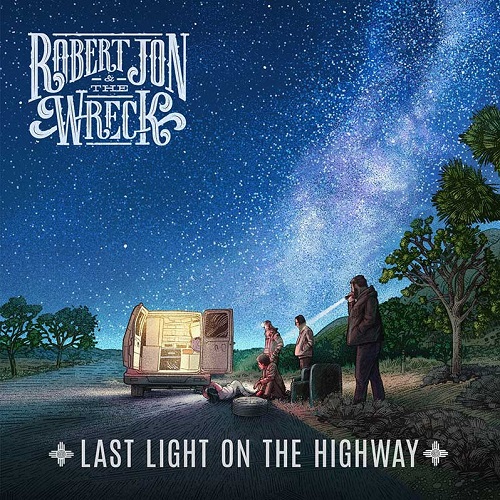 There have been some really good albums released so far in 2020 but I wasn’t expecting anything of this quality – at this point it is definitely my favourite album of the year.

There was a golden period in the seventies and early eighties when rock, soul, Blues and Southern Rock all were producing classic music and Robert Jon & The Wreck have produced an album that seems to encompass all of those genres without ever sounding retro or as though they were paying homage. They make music that is fresh, alive and full of energy and while an old codger like me is transported to the great bands of the time this should hit true to the modern audiences who are discovering those forms for the first time.

The first single off the album is ‘Oh, Miss Carolina’ and they immediately hit the mark with a huge slide opening line()I half expected Rod Stewart to be doing the vocal) before settling into a groove loaded with harmonies and heartfelt singing from Robert Jon Burrison. Henry James guitar is stunning and Steve Maggiora plays some beautiful piano backing. I’m not normally a single guy but this was a track I went back to time and again.

I love the sleazy sax playing on ‘Work It Out’ and the slow rolling gait of the song and that leads into a pair of stellar numbers – ‘Can’t Stand It’ is an insistent little groover with a terrific chiming guitar line and ‘Tired Of Drinking Alone’ has the feel of The Band in their pomp crossed with Don Henley. Four tracks, one after another, that just leave you with a big smile.

The quality continues throughout the album and they just keep getting stronger leading up to the paired ‘Last Light On The Highway’ parts 1 & 2 almost prog-like and really dark and strong ending to the album.

I really can’t call out any flaws on this one – excellent songwriting, top nitch playing and pin sharp production and all put together into a great album.