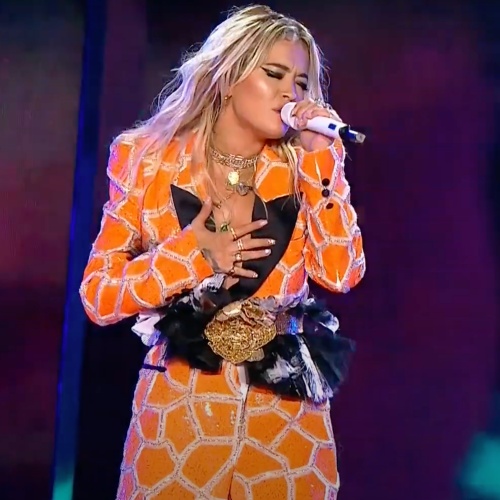 The ‘How To Be Lonely’ singer has spoken about how her followers can count on a completely totally different expertise on her follow-up to 2018’s ‘Phoenix’ and she or he has revealed that her want to experiment got here from wanting to push boundaries with her artwork.

She instructed NME.com: “People have been coming to studio sessions from all over the world.

“I’ve been working on this now for the past two year on-and-off.
“I have plans for this third album to be something I’ve never done before and I really want to experiment and come face-to-face with a bit of a challenge.

“So there are writers I’ve never worked with before and live instrumentation.”

“Everything moves so fast that if you don’t catch the wave, then you sort of missed a chance.
“It’s definitely more pressure.

“That’s the reality because you have people putting out songs in their living rooms in the middle of nowhere. It’s more independent than it used to be.”

Speaking lately concerning the music video for ‘How To Be Lonely’, which was helmed by David Meyers – the person behind Britney Spears’ ‘Lucky’ and Billie Eilish’s ‘Bad Guy’ promos – she mentioned: “It was a actually sensible transfer that Dave wanted to make a video full of metaphors.

“The face-ripping is me shedding skin with the new album coming up – it’s completely different [from what I’ve done before].

She added that the scene of her surrounding by eggs with a yolk in the middle, is “a image of strolling round any person you thought you knew, feeling such as you’re on eggshells as a result of you’ll be able to really feel it coming to an finish.”

The ‘Fifty Shades Freed’ actress laughed that she got yolk in “locations I am unable to say out loud”.
She added: “But you understand me, ​I’ll do something for the artwork!”
The 29-year-old singer recently shared how the song helped her to overcome a break-up.

She said: “It was primarily based off me, after a break-up, and I assumed: ‘Gosh, I’m all on my own. This sucks, that is terrible’.
“And then this song came about and then I thought, ‘Wow, this really makes sense’ because it made me feel better.”