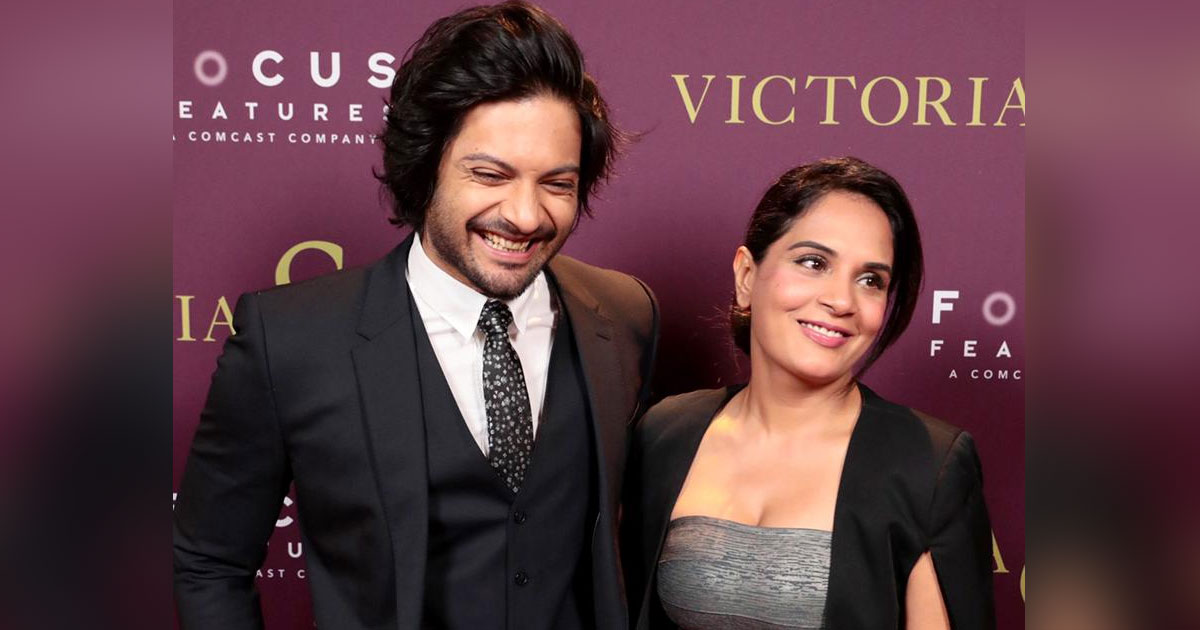 One of Bollywood’s most loved couples Richa Chadha and Ali Fazal have recently turned producers and started their own creator’s lab. The work on their first project has commenced. While Fazal has been the lead in the Hollywood film ‘Victoria and Abdul’ alongside Dame Judi Dench and will be seen in Kenneth Branagh’s magnum opus ‘Death on the Nile’ later this year. He is also a member of the Academy. Richa Chadha too has travelled with her films to Cannes and been on the jury of international film festivals at Marrakech and Nara, Japan.

Their newly christened company ‘Pushing Buttons Studios’ aims to tell stories rooted in the Indian ethos for a global audience. The first script to be green-lit under their banner is titled ‘Girls Will Be Girls’ and is written and will be directed by debutant Shuchi Talati. ‘Girls Will Be Girls’ is the only Indian script invited to the prestigious Berlinale Script Station 2021 – a lab that selects only 10 projects from around the world each year. It is also the only Indian project at the Jerusalem Script Lab this year where it will be presented formally at the Jerusalem Film Festival in July. Previously, Ritesh Batra’s second film, Photograph, had also participated in the same programme.

The film is set in an elite boarding school in a small Himalayan hill town in the North of India. It follows the story of sixteen-year-old Mira, whose sexy, rebellious coming-of-age is hijacked by her mother who never got to come-of-age. Mother and daughter grow up together through the course of the script and their fraught but ultimately loving relationship is the beating heart of the film. Talking about the film, Richa Chadha tells us, “The world that Shuchi has created is relatable, often cruel but never hopeless or nihilistic. Its honest awkwardness will make you chuckle, not weep. It’s full of relatable, lived-in episodes, that one finds oddly satisfying – like popping a zit. The mother in our story routinely dodges the self-sacrificing stereotype of the typical Indian mom – she’s complicated, grey, and not a martyr. The dynamic between mother and daughter is so under-explored in Indian and world cinema that the possibilities of ‘Girls Will Be Girls’ presents are very exciting.”

Ali Fazal tells us, “This is the first time that Richa and I are collaborating on a film as producers and the experience so far has been very rewarding. This film being our first is close to our hearts. I am also excited that our studio will enter the market with such a progressive, female-led story. We hope to be able to tell thought-provoking and universal stories with humour and love”

The writer and director of the film, Shuchi Talati is an Indian director based out of New York. “I like my work to challenge dominant narratives around gender, sexuality, and the Indian identity,” she tells us. Talati won the prestigious New York State Council of the Arts Grant for the script of ‘Girls Will Be Girls’ which is a development fund. She has also been selected for Berlinale Talents and her most recent short film, ‘A Period Piece’, premiered at SXSW Film Festival in 2020. The short will be playing as part of the Seattle Asian American Film Festival from March 4-9th 2021 and will also be available to stream in the US during that period.

Shuchi and Richa first presented ‘Girls Will Be Girls’ as part of the NFDC’s Film Bazaar co-production market, where they found like-minded producing partners in Sanjay Gulati from Crawling Angel Films, Delhi and Claire Chassagne of Dolce Vita Film, France.

Crawling Angel Films, under the aegis of Sanjay Gulati and Pooja Chauhan, has a track record of producing groundbreaking, award-winning films from the subcontinent which have played at premiere festivals the world over including Berlinale, Rotterdam, Busan et al. Claire Chassagne of Dolce Vita Films will also be a co-producer on ‘Girls Will Be Girls’, thus turning the film into an Indo-French co-production venture. Dolce Vita has previously produced Partho Sen Gupta’s ‘Sunrise’ in India which played at Busan and Tribeca Film Festivals. Their recent film ‘A Son’ by Mehdi Barasoui premiered in Venice Orizzonti.

Shuchi and Richa have been longtime collaborators. They co-directed a documentary about adults living with autism and Down’s syndrome while they were students at Sophia College in Mumbai as an assignment. As Richa became an actor and Shuchi became a director, the two remained close friends and often talked about making films together. Richa tells us, “In my opinion, Shuchi is an amazing voice and I’ve been following her evolution for years, knowing that one day an incandescent film would be born from her brain. She is definitely a filmmaker to watch out for

Must Read: When Shilpa Shetty Had Accused Akshay Kumar: “He Used Me & Conveniently Dropped Me”