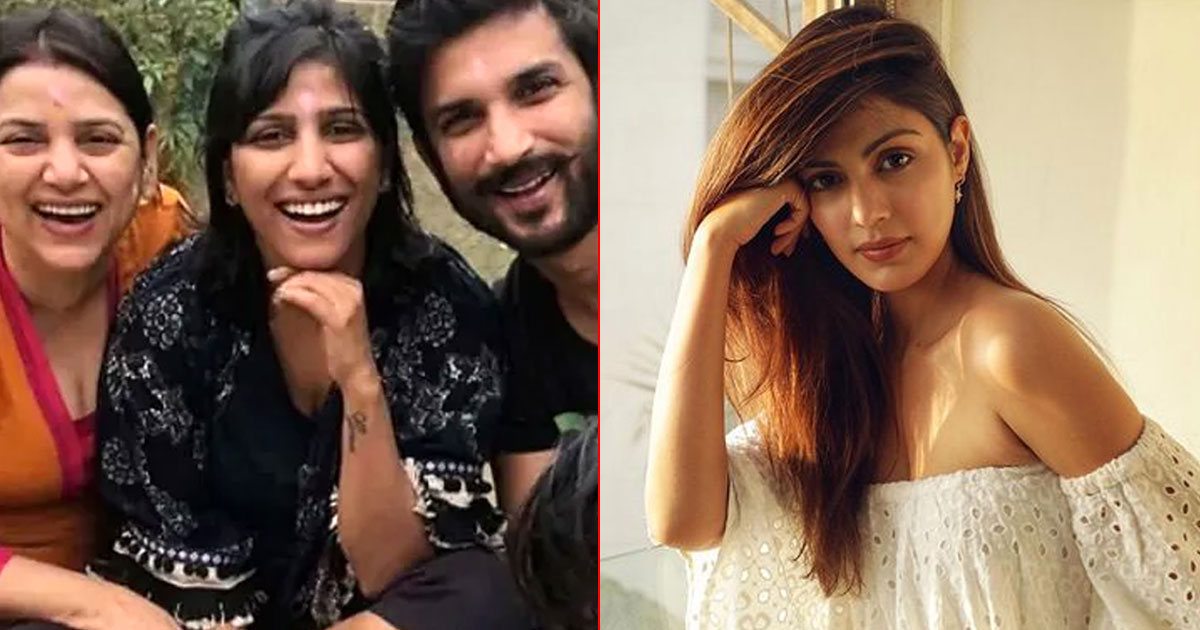 Sushant Singh Rajput’s death in mid-June 2020 is still in the midst of legal issues. The late actor’s girlfriend, actress Rhea Chakraborty, accused his sister Priyanka Singh and Meetu Singh of giving him a ‘fake’ medical prescription following which the actor passes away. The sisters had filed a complaint against it, and now a verdict is in.

As per the verdict, there was nothing found against SSR’s sister Meetu. But the FIR against Priyanka still stands. Read on to read the statement.

As reported by News18, the division bench consisting of Justice SS Shinde and Justice MS Karnik pronounced the verdict on the petition filed by SSR’s sisters – Priyanka Singh and Meetu Singh. The duo was seeking to quash an FIR registered against them by Rhea Chakroborty at Bandra police station. As per the verdict, the Bombay High Court has dismissed the complaint against Meetu Singh; however, the complaint against Priyanka Singh has not been quashed.

The site reported that in the verdict the court said, “There is prima facie case found against Priyanka Singh and there should not be any impediment against investigation against her.”

For those who do not remember, in September 2020, Rhea registered a complaint against SSR’s sisters – Priyanka and Meetu, and a Delhi-based doctor for forging and procuring ’a a fake’ medical prescription. In a six-page-long complaint, Rhea said Sushant passed away days after obtaining the prescription where he was unlawfully prescribed drugs by his sisters and Dr Tarun Kumar (of Ram Manohar Lohia Hospital).

Based on Rhea Chakraborty’s complaint, the Mumbai Police had then registered an FIR against the trio under sections of the IPC, and Narcotic Drugs and Psychotropic Substances (NDPS) Act on September 8, 2020.

Stay tuned to Koimoi for more news and updates.