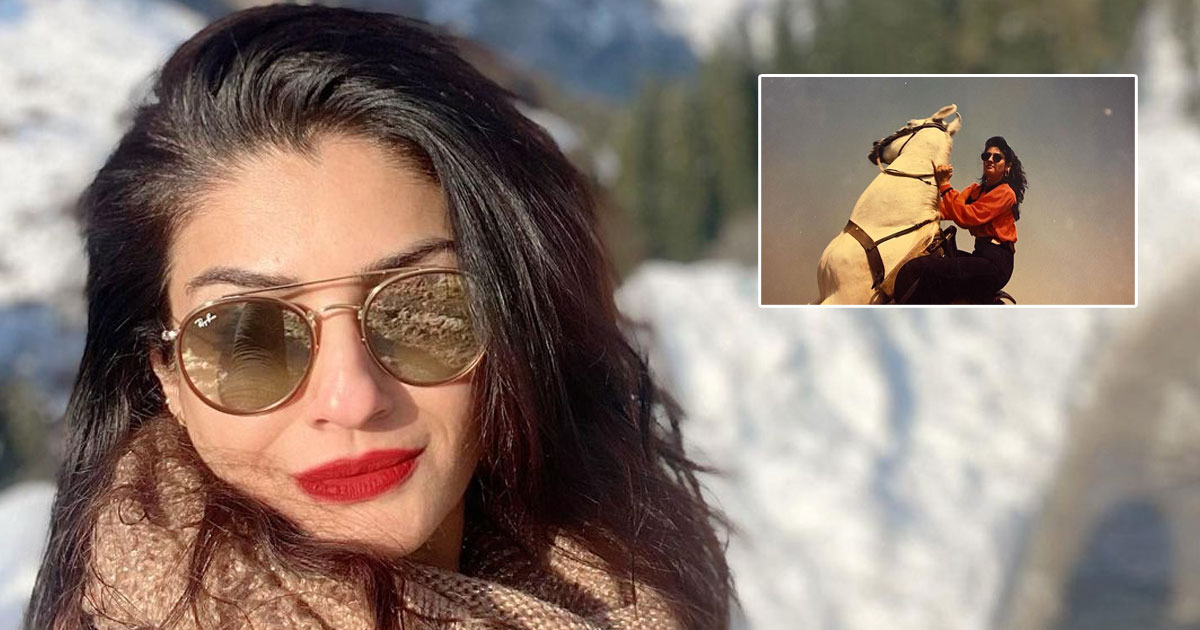 Actress Raveena Tandon on Wednesday shared a throwback from the set of her 1995 film Zamaana Deewana, co-starring Shah Rukh Khan, and revealed a secret about herself.

Raveena posted two pictures on Instagram, revealing that she is more comfortable riding horses than motorcycles. In the images, Raveena rides a horse.

“#throwback #zamaanadeewana was pretty good with horses I must say! Fact is , I’m more comfortable on a horse than a motorcycle, even though a horse has a mind of its own , I’m petrified of mobikes, just can’t control that damn machine,” Raveena captioned the images.

Directed by Ramesh Sippy, Zamaana Deewana followed the story of a police commissioner, who enlists the aid of an eccentric inspector to end a gang war between bitter enemies. The film also features Shatrughan Sinha.

Recently, Raveena Tandon has shared a picture while getting outlandish hair makeover and joked that she is gearing up for space.

Raveena posted a picture on Instagram, where she is seen getting her hair coloured, with aluminium foil strips being put on her head.

“I’m off to space! Is it an alien! Noooo it’s Makeover Time,” Raveena Tandon wrote as the caption.

Raveena will next be seen in KGF: Chapter 2. Actor Sanjay Dutt will be seen as the villain Adheera in the film. Earlier in January, the actress shared her happiness about the great response that the teaser of the film received.

Raveena who is shown as a woman in power in the teaser, said: “I am grateful to see the kind of huge response our teaser has received the world over. It’s really overwhelming to see how the audiences have reacted to the teaser and it has broken all records. We have worked hard on the film and hope that the audiences continue to shower us with the same love eventually when the film hits the screen. We are all really happy”