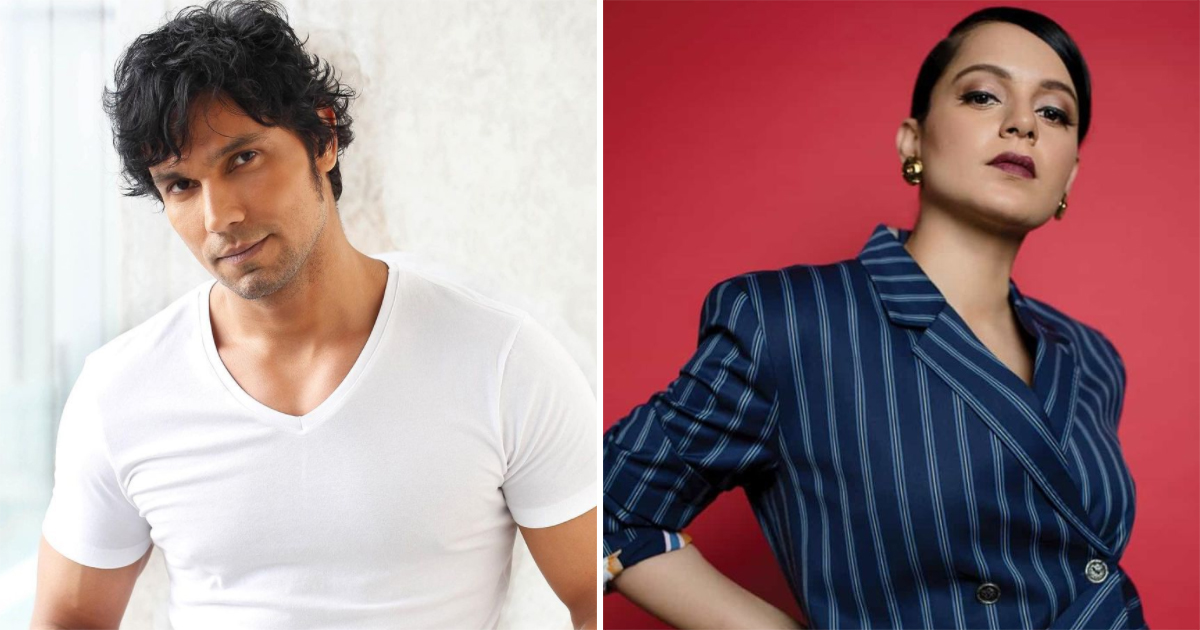 Farmers’ protests have divided Bollywood into two sides. While Akshay Kumar, Ajay Devgn and many other stars clearly stated yesterday that they are supporting the government in this while others like Taapsee Pannu, Sonakshi Sinha have stood firmly with farmers. Amid all this, Kangana Ranaut has been a huge topic of discussions thanks to her controversial political tweets. In fact recently when American singer, Rihanna supported Indian farmers, the actress bashed her and called her names.

Now Randeep Hooda has come out and has taken a dig at the Queen actress. The talented actor who has worked with her in 2010 film Once Upon A Time In Mumbai, shared a video clip from the movie and it’s far more relatable now than ever.

In the video clip, Randeep Hooda who plays a cop is introduced to Kangana Ranaut’s character who is an actress. When his senior cop asks if he knows her, he replies, “Isey kaun nahi jaanta? Mashhoor film star Rehana”

Now that rings some bells? LOL!

Meanwhile, Kangana Ranaut is shooting for her upcoming film Dhaakad. The actress recently appreciated the commitment of the team of the film and shared a video where she is rehearsing for an action sequence in a coal mine.

“This is an appreciation tweet for my team, they are prepping for months for an action sequence at coal mines, while I make my guest appearance there only for a lazy rehearsal our Chief @RazyGhai practically living at the location for past few days,” Kangana wrote on Twitter.

“This kind of passion and commitment that artists and technicians express, it is never just for money, then what is for? Why these crazy artists forget even their well being or human limitation and do what they do? Well most artists don’t know and it’s okay that way,” she added.

Kangana shared photographs of the crew from the mine where she rehearsed for the sequence. In a video, Kangana can be seen practising a fight sequence with her action directors giving her instructions.