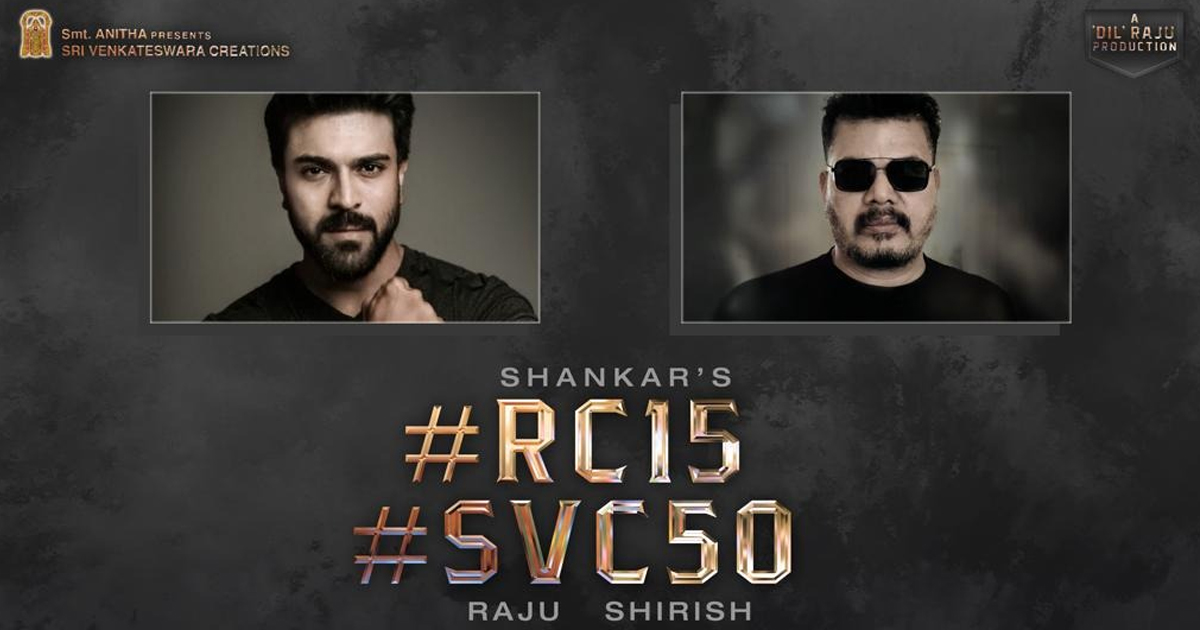 The biggest announcement of 2021 is right here! While the news of theatres reopening to full capacity sent cheer in the fraternity, now, it’s time to make one of the biggest associations in the history of Indian cinema, official. Mega power star Ram Charan has locked his next ambitious project with the maverick Shankar who has given one of India’s biggest hits Robot 2.0. Ram and Shankar have now teamed up for the first time ever, for a mammoth pan-India project.

With both Ram Charan and Shankar being extremely popular and super successful personalities, fans had been waiting for the actor-director duo to team up for a movie and now, after RRR, Ram will be seen in yet another biggie. The dashing mega power star seems to be on a roll, and a signing spree. After SS Rajamouli, he will now play the lead in the ambitious magnum opus that Shankar is planning. The film has been bankrolled by Sri Venkateswara Creations with Dil Raju and Shirish as producers.

Ram Charan and Shankar’s film will be designed on an international scale. The makers are planning to leave no stone unturned to make it one of the biggest films to have ever hit Indian screens. With several high octane stunt sequences and adrenaline pumping action, Shankar and Ram’s passion project will be mounted on a lavish scale. The film will be shot and released in several languages, catering to a pan-India audience. This is Ram Charan’s first outing with the director, who is famous for his 100 per cent track record.

Must Read: Jwala Gutta On Facing Racist Replies After Her Grandmother Passes Away In China: “I’m Asked Why I Say Covid & Not Chinese Virus?”