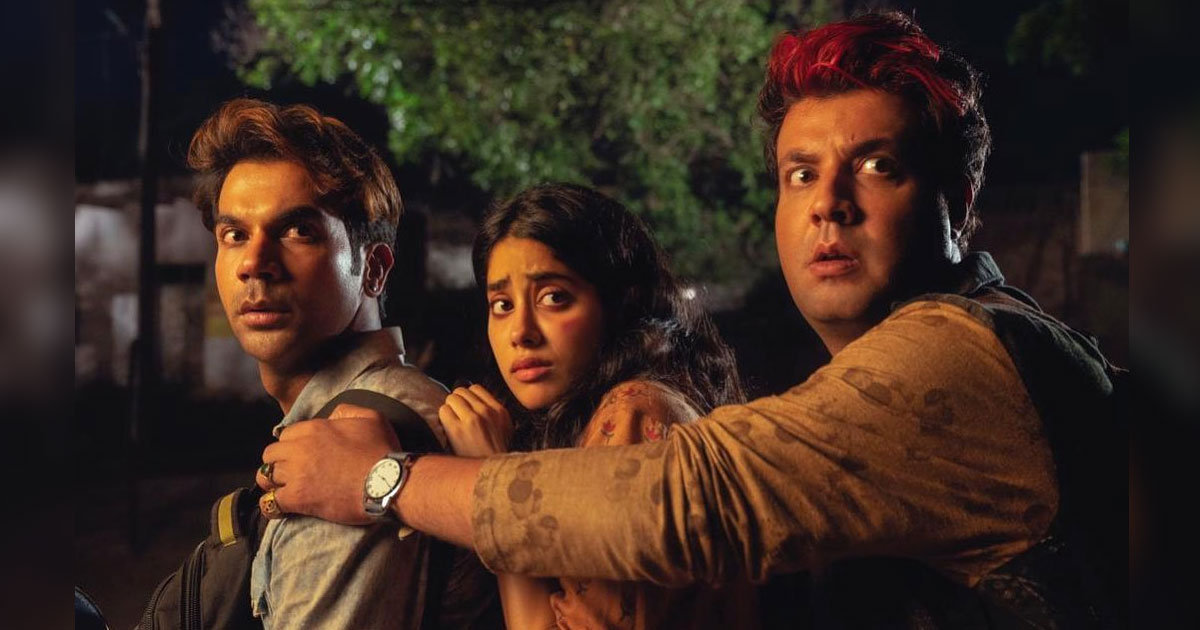 Jio Studios & Maddock Films are all set to bring back the magic of cinema to eagerly awaiting cine goers with their much-anticipated film, horror comedy – Roohi, releasing worldwide on 11th March 2021, to celebrate cinemas finally getting the green signal to operate at 100% capacity.

After the massive success of Stree (2018), the team reunites to further build the cinematic universe in the family-friendly horror-comedy franchise with the much-anticipated Roohi. The incredibly talented Rajkummar Rao is back with Janhvi Kapoor in a spectacular role and audience favourite Varun Choocha Sharma. The trailer of Roohi will be unveiled on Tuesday, 16th February.

Backing a new director as they have in the past, Roohi is directed by Hardik Mehta and written by Mrigdeep Singh Lamba, and the makers of Roohi hope to pave the way for films slated for a theatrical release with the first major 1,500 screen plus pan-India release this year.

Speaking on behalf of Jio Studios, Jyoti Deshpande, President – Media & Entertainment, RIL said, “We have always invested in great stories with amazing production values, visually and by way of sound, which is best experienced on the big screen to have that ‘paisa vasool wali feeling’. We owed it to our partners across the value chain, be it Maddock or the Cinema Exhibitors, to hold on to our fabulous film for this day and give it the grand release that it deserves and promise a complete entertainment experience to our audiences who have waited over a year for this. With Roohi, the magic of Cinema is back…come celebrate with us. We promise to make you smile under your masks”.

Producer Dinesh Vijan, Maddock Films, commented “At Maddock, we are all storytellers driven by our love for cinema in all its vibrant forms. While Stree was a genre bending tale that gave audiences something never seen before, Roohi takes this vision a step further by offering the same brand of spine chilling scares and quirky comedy. With a partner like Jio Studios that shares our passion for the eponymous “bada parda”, we hope Roohi rekindles the audience’s long standing romance with the silver screen. It is a film tailor made to be viewed at your nearest theatre”