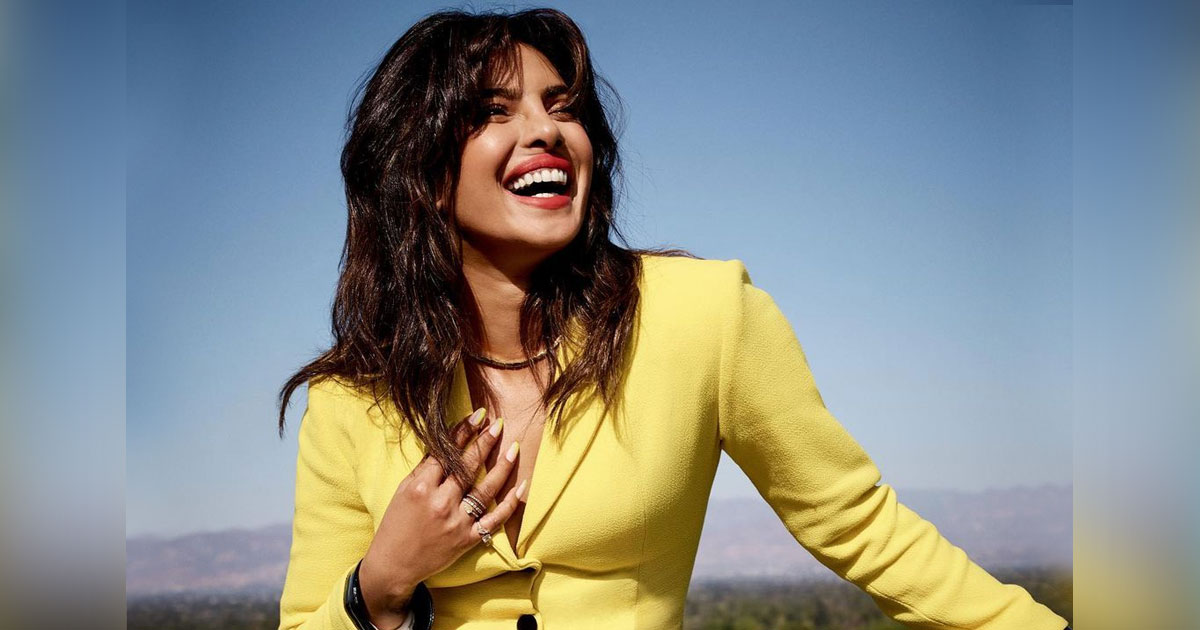 Priyanka Chopra is all over these days. On one side she has been making news for her latest Netflix release, The White Tiger and her performance in it. And on the other side, her memoir Unfinished is also creating waves all over the world.

Priyanka Chopra has shared some really exciting, unknown and controversial anecdotes of her life in the memoir. Apart from all this, the actress recently appeared at The Drew Barrymore Show and talked about various interesting things.

During a segment in which Priyanka was supposed to share her daily routine starting from 8 AM in the morning, she revealed that she has an Espresso machine in her bedroom. “Well, I hate 8 AM usually because I am a night person. I am not a morning person but I’ve to start with a coffee,” she said.

“And I actually may or may not have an Espresso machine in my room right across my bed. So that’s the first button that I press,” she adds.

Priyanka Chopra also added that the next thing she does is check Twitter and Instagram for news. Revealing a funny story, she said that she came to know from social media that The White Tiger was being adapted into a Netflix film. And that’s when she started chasing producers for it. “Funny story but my movie The White Tiger which is out on Netflix right now… I read about the fact that it was being adapted from the book into the movie on Twitter at a time like this. And I got my agents to call the producers and offer my services and chase after the movie. But it happened because of this. So, it’s pretty useful.” she adds.

Priyanka Chopra also opened up about doing the workout with Nick Jonas earlier during lockdown but later stopping it. “Right at the beginning of me starting to workout was during quarantine and he was like, ‘Babe come on, we’ll do it. We’ll do it together. It will be a couples thing.’ I was like, ‘Okay.’ I’ve never done that with him before and we start working out and I’m competitive as hell, so I’m trying to keep up with like the 255th squat or something and it ended like that because I was like, ‘I can be your weight but I can’t compare to you. This is crazy,’” she said. Watch the video below: