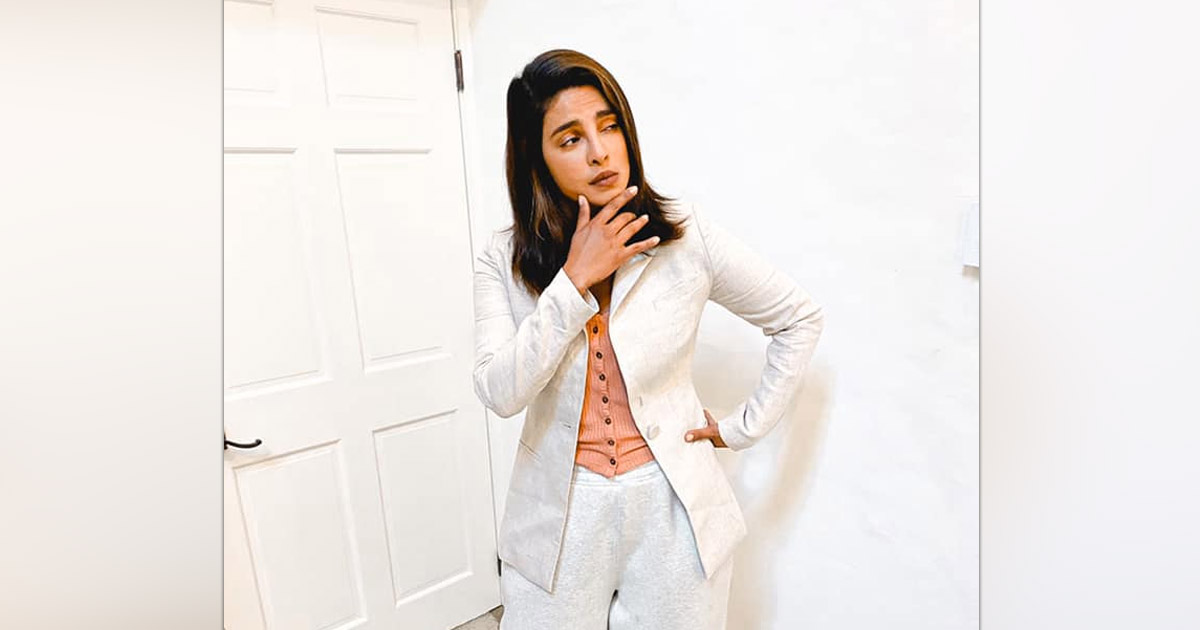 Priyanka Chopra Jonas, who was recently seen in The White Tiger, launched her new memoir Unfinished today. The book chronicles important moments from the actresses’ personal life and her twenty-year-long career.

Priyanka, in order to promote her book recently appeared on Barstool Sports’ Chicks In The Office podcast, where she shared her honest reaction after seeing the ‘Jonas’ surname addition for the very first time on print. Read on to know what she said.

During the interaction, she said, “The first time I saw it, I was like, ‘Oh, oh ok, that’s my name now,’” and clarified that she has not changed her surname but simply added on to it. Priyanka Chopra and Nick Jonas have been married for two years now. She got married twice, one according to Hindu wedding ceremony and other according to Christian wedding. Her wedding was a starry event.

PeeCee had also revealed as to why added Jonas to her surname. Talking to Just Jared, the actress said that she wanted to honour traditions while also not wanting to let go of her identity. She said, “I inherited a beautiful name and I hope to live up to its legacy.”

Apart from adding the surname to her name Priyanka Chopra hopes that fifty years later, the conversation in the world changes where girls don’t think about being raised or think about that aspect. She also clarified that although she was never forced into it, it’s just something she wanted to do because that’s how she grew up.

“And we have to like maybe hopefully in another 50 years, it’ll be guys taking our names too, or just not changing our names, you know, and that’ll be normalised. But I don’t think I was at that place when I got married, I kind of wanted to honour my parents’ tradition and that’s just how it happened,” Priyanka Chopra said.

Must Read: Kangana Ranaut Claims That She Is Better Than Tom Cruise When It Comes To Action, Check Out!