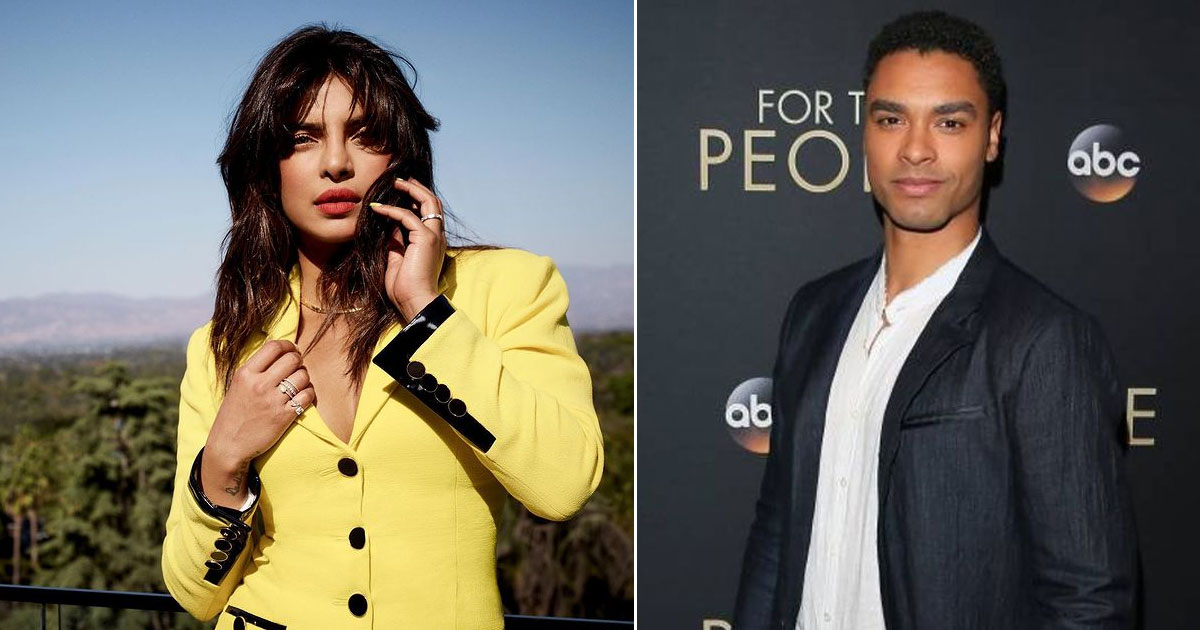 Priyanka Chopra Jonas is really happy in her relationship with Nick Jonas. The couple tied the knot back in 2018 and have been committed more than ever! But that cannot stop PeeCee from crushing on another man. At the end, she’s just embracing the beauty, that’s all! We’re talking here about Bridgerton star Regé-Jean Page and below is all the scoop you need.

For the unversed, Bridgerton released on Netflix in the month of December. Ever since, fans have been going gaga over the Duke Of Hastings, played by Page. The show witnesses him in a chivalry avatar that left women swooning. If that isn’t it, his steamy s*x scenes with Phoebe Dynevor have been the talk of the town lately.

Pandemic has turned out to be a blessing for OTT. Digital shows have witnessed a boost like never before. With having nothing much to do, ever our favourite stars opted for new releases on OTT platforms. Priyanka Chopra Jonas recently revealed watching Bridgerton and going gaga over Regé-Jean Page.

Priyanka Chopra Jonas recently appeared at the Lily Singh show for the promotion of her memoir Unfinished. Talking about what she did amid the pandemic, PC shared, “I mean, come on, that is what everyone has really been doing. I may sound like I have been super productive but there was a lot of time for binging. I watched, like everybody, Bridgerton, which was a lot of fun.”

Lily Singh went praises for Regé-Jean Page as she said, “I watched it in two days. The entire thing. I know you are a married woman, but the Duke!” To this, Priyanka was quick to add, “I mean, listen, I can read the menu. I don’t have to eat from it.”

Well, we wonder what Nick Jonas has to say about it!