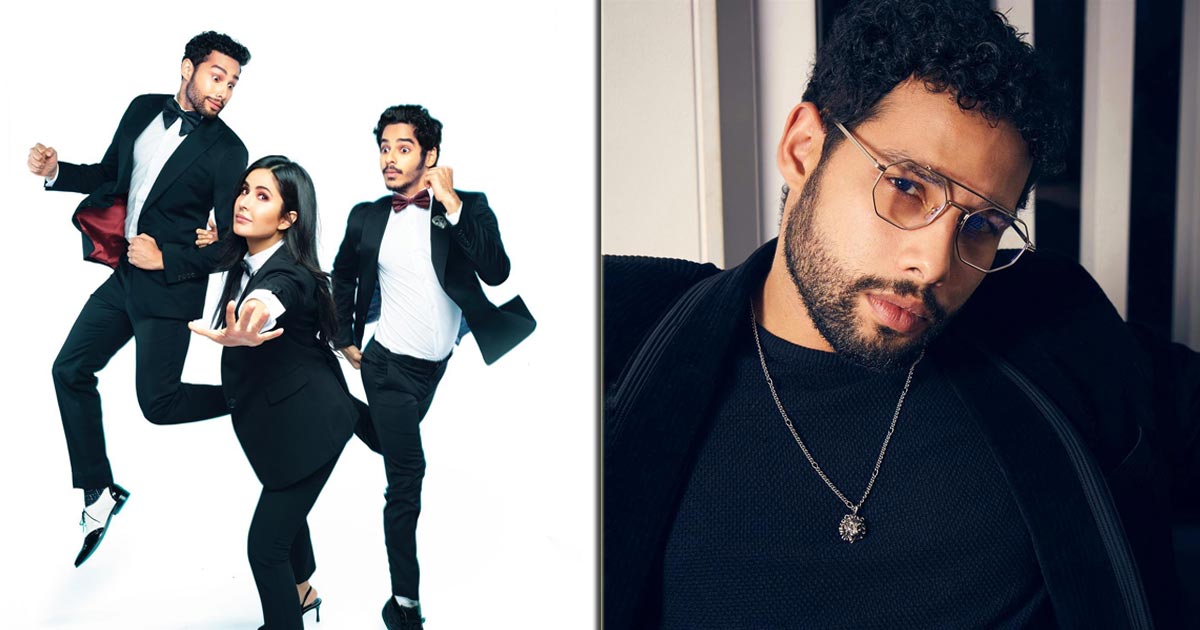 Siddhant Chaturvedi’s Udaipur chronicles for his upcoming film, ‘Phone Bhoot‘, have concluded for now, as he returned to the Mumbai on Monday afternoon. He will now, reportedly shoot for the film in the city.

A source close to the actor revealed, “Siddhant had been shooting in Udaipur for ‘Phone Booth’ for a while. He had a ball of a time with Katrina and Ishaan. Now he is back in Mumbai to finish off some loose ends for Bunty aur Babli 2, and for some other work things lined up.”

The source further added, “After finishing off the schedule for Shakun Batra’s next in Mumbai, Siddhant was shooting in Mumbai only for Phone Bhoot. The shoot schedule then flew him to Udaipur, after which he has come back now.”

The shutterbugs too spotted Siddhant making his way out of the International airport of Mumbai. While waving to the paparazzi, the actor looked dapper, sporting a bomber jacket with olive green pants.

Apart from the above mentioned films, Siddhant Chaturvedi also has finished off shooting a major chunk of Shakun Batra’s next with Deepika Padukone and Ananya Panday.

What are your thoughts on this? Are you excited to see Siddhant Chaturvedi in Phone Bhoot, Bunty Aur Babli 2 and Shakun Batra’s film? Let us know in the comments section down below. Stay Tuned to Koimoi for more updates related to Bollywood.