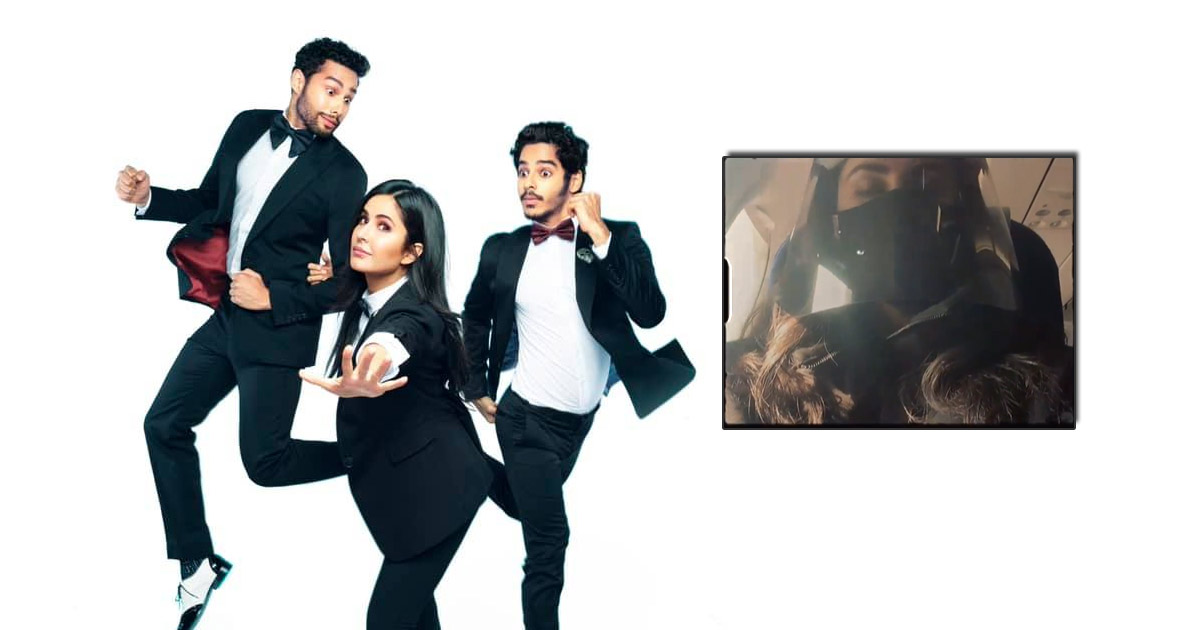 Actress Katrina Kaif has started shooting for her upcoming horror-comedy Phone Bhoot in Udaipur. The actress shared the update with fans on Monday, with a video clip she posted on Instagram.

The clip captures Katrina sitting in a flight wearing a mask and face shield, ready to take off. She used emojis of a phone, a ghost and an airplane to update fans about her working trip.

Katrina Kaif’s co-stars Ishaan Khatter and Siddhant Chaturvedi took to Instagram Stories to share moments from the airport and the flight. Siddhant shared a picturesque image of Udaipur, revealing that the team is shooting in the city.

The film is directed by Gurmmeet Singh, and produced by Farhan Akhtar and Ritesh Sidhwani. Phone Bhoot has been written by Ravi Shankaran and Jasvinder Singh Bath.

Katrina posted a video on Instagram. In the clip, she is seen sporting a grey tank top paired with denim shorts. She is seen putting her hair down, holding it and then quickly puts a rubber band on it. At the end of the trick she is seen giggling.

“The new chill Saturday nights #hairtricks as taught by @sairahkabir” she captioned the clip.

What do y’all think of Katrina Kaif‘s Instagram stories? Tell us in the comments below.

Must Read: Vidhu Vinod Chopra Finally Breaks Silence On Why Sanjay Dutt’s Munnabhai 3 Is Getting Delayed!