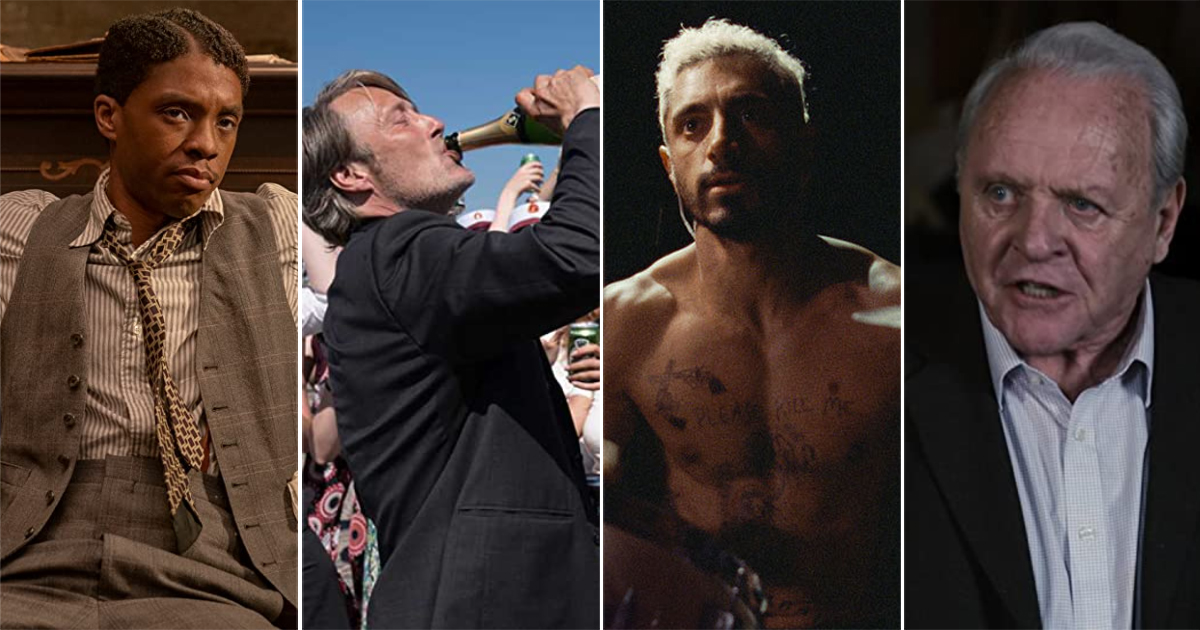 LOS ANGELES (Variety.com) – Variety’s Awards Circuit is home to the official predictions for the upcoming Oscars from Film Awards Editor Clayton Davis. Following Academy Awards history, buzz, news, reviews and sources, the Oscar predictions are updated regularly with the current year’s contenders in all categories. Variety’s Awards Circuit Prediction schedule consists of four phases, running all year long: Draft, Pre-Season, Regular Season and Post Season. Eligibility calendar and dates of awards will determine how long each phase lasts and will be displayed next to revision date.

To see all the latest predictions, of all the categories, in one place, visit THE COLLECTIVE

AWARDS PREDICTION COMMENTARY: The HFPA solidified the frontrunner status for several films on the road to the Oscars. At the top, Chadwick Boseman won a posthumous Golden Globe in best actor (drama) for his performance as the trumpeter Levee in Netflix’s “Ma Rainey’s Black Bottom.” He’s only the second posthumous winner in the category, following Peter Finch for 1976’s “Network,” who went on to win the Oscar as well. It looks as though Boseman will be following suit. Riz Ahmed (“Sound of Metal”) looks to be the spoiler but Anthony Hopkins (“The Father”) has never won a SAG Award and can turn it around there. Delroy Lindo (“Da 5 Bloods”) is still on the bubble (don’t understand why) and Steven Yeun’s SAG nod help quite a bit.

Mads Mikkelsen makes his first entry for Thomas Vinterberg’s “Another Round” with a precedent that could lead to his surprise entry. He’s well known among actors, working in the MCU, and well-respected in the industry. The last time Denmark had a international feature winner on their hands was for 1988’s “Pelle the Conqueror,” which brought in a surprise nomination for the late Max von Sydow. Mikkelsen is just a few years younger than Sydow was at the time. Finally, in conversations with members and strategists, the film is being heavily watched, with his performance coming up many times in discussions. It could be one of those shockers (or not).

AND THE PREDICTED NOMINEES ARE:

OSCAR HISTORY: 5 nominations, 1 win (1991’s “The Silence of the Lambs” in best actor) ROLE: Anthony – DIRECTOR: Florian Zeller SYNOPSIS: A man refuses all assistance from his daughter as he ages. As he tries to make sense of his changing circumstances, he begins to doubt his loved ones, his own mind and even the fabric of his reality. STARRING: Olivia Colman, Mark Gatiss, Anthony Hopkins, Imogen Poots, Rufus Sewell, Olivia Williams

OSCAR HISTORY: 1 nomination (2006’s “Borat: Cultural Learnings of America for Make Benefit Glorious Nation of Kazakhstan” in adapted screenplay) ROLE: Borat Sagdiyev – DIRECTOR: Jason Woliner SYNOPSIS: A satire on Trump’s America that follows a Kazakh journalist who’s sent to America to deliver a gift from his government to Vice President Mike Pence. Along the way, his worldview is turned upside down and steadfast beliefs are challenged by his teenage daughter. STARRING: Sacha Baron Cohen, Maria Bakalova

OSCAR HISTORY: 2 nominations, 2 wins (1997’s “Good Will Hunting” in original screenplay and 2012’s “Argo” in best picture) ROLE: Jack Cunningham – DIRECTOR: Gavin O’Connor SYNOPSIS: Jack Cunningham was a high school basketball phenom who walked away from the game, forfeiting his future. Years later, when he reluctantly accepts a coaching job at his alma mater, he may get one last shot at redemption.. STARRING: Ben Affleck, Al Madrigal, Janina Gavankar

OSCAR HISTORY: Never nominated ROLE: Balram – DIRECTOR: Ramin Bahrani SYNOPSIS: The epic journey of a poor Indian driver who must use his wit and cunning to break free from servitude to his rich masters and rise to the top of the heap. STARRING: Adarsh Gourav, Priyanka Chopra Jonas, Rajkummar Rao, Mahesh Manjrekar

OSCAR HISTORY: 2 nominations, 1 wins (2010’s “The King’s Speech”) ROLE: Sam – DIRECTOR: Harry Macqueen SYNOPSIS: Sam and Tusker are traveling across England in their old RV to visit friends, family and places from their past. Since Tusker was diagnosed with dementia two years ago, their time together is the most important thing they have. STARRING: Colin Firth, Stanley Tucci, Pippa Haywood, Peter MacQueen, Nina Marlin

AWARDS CATEGORY HISTORY The Academy Awards, better known as the Oscars, is Hollywood’s most prestigious artistic award in the film industry. The most awarded films in Oscar history are “Ben-Hur,” “Titanic” and “The Lord of the Rings: The Return of the King” at 11 statuettes. The most nominated films in Academy history are “All About Eve,” “Titanic” and “La La Land” at 14. “La La Land” is the only film of the three to have lost best picture. The biggest Oscar “losers,” meaning most nominated and walk away with zero awards, are 1977’s “The Turning Point” and 1985’s “The Color Purple” at 11 each. Daniel Day-Lewis has the most wins in this category with three, while Marlon Brando, Gary Cooper, Tom Hanks, Dustin Hoffman, Fredric March, Jack Nicholson, Sean Penn and Spencer Tracy all have two each. Tracy and Sir Laurence Olivier have the most nominations in this category, with nine. Henry Fonda is currently the oldest winner at 76 for “On Golden Pond,” while Richard Farnsworth is the oldest nominee at 79 for “The Straight Story.” Adrien Brody is the youngest winner ever for “The Pianist” at 29, while Jackie Cooper is the youngest nominee ever for “Skippy” at 9.

About the Academy Awards (Oscars) The Academy Awards, better known as the Oscars, is Hollywood’s most prestigious artistic award in the film industry. Since 1927, nominees and winners are selected by members of the Academy of Motion Picture Arts and Sciences (AMPAS). 17 branches are represented within the near 10,000 person membership. The branches are actors, associates, casting directors, cinematographers, costume designers, directors, documentary, executives, film editors, makeup and hairstylists, marketing and public relations, members-at-large, members-at-large (artists’ representatives), music, producers, production design, short films and feature animation, sound, visual effects and writers.

About the Golden Globes The Golden Globes Awards, hosted by the Hollywood Foreign Press Association, is held annually with 93 members since 1944. The group recognizes excellence in film and television across drama and comedy or musical categories. Damien Chazelle’s “La La Land” holds the record for the most awards won by a single film with seven. Milos Forman’s “One Flew Over the Cuckoo’s Nest” and Alan Parker’s “Midnight Express” are next in line with six each. Robert Altman’s “Nashville” has the record for most nominations received by a film with 11 while Colin Higgins’ “Foul Play,” Francis Ford Coppola’s “The Godfather Part III” and Mike Nichols’ “Who’s Afraid of Virginia Woolf?” share the record for receiving the most nominations and not winning a single award at seven.

About the SAG Awards The Screen Actors Guild Awards, hosted by SAG-AFTRA, is an annual award show that has become one of the most important and key indicators for the Oscars. Four films have won the most SAG awards with three: 1999’s “American Beauty,” 2002’s “Chicago,” 2011’s “The Help” and 2017’s “Three Billboards outside Ebbing, Missouri.” Three movies have been nominated for the most SAG awards with five: 1998’s “Shakespeare in Love,” “Chicago” and 2008’s “Doubt.”

The SAG Awards are scheduled to take place on Sunday, April 4, 2021