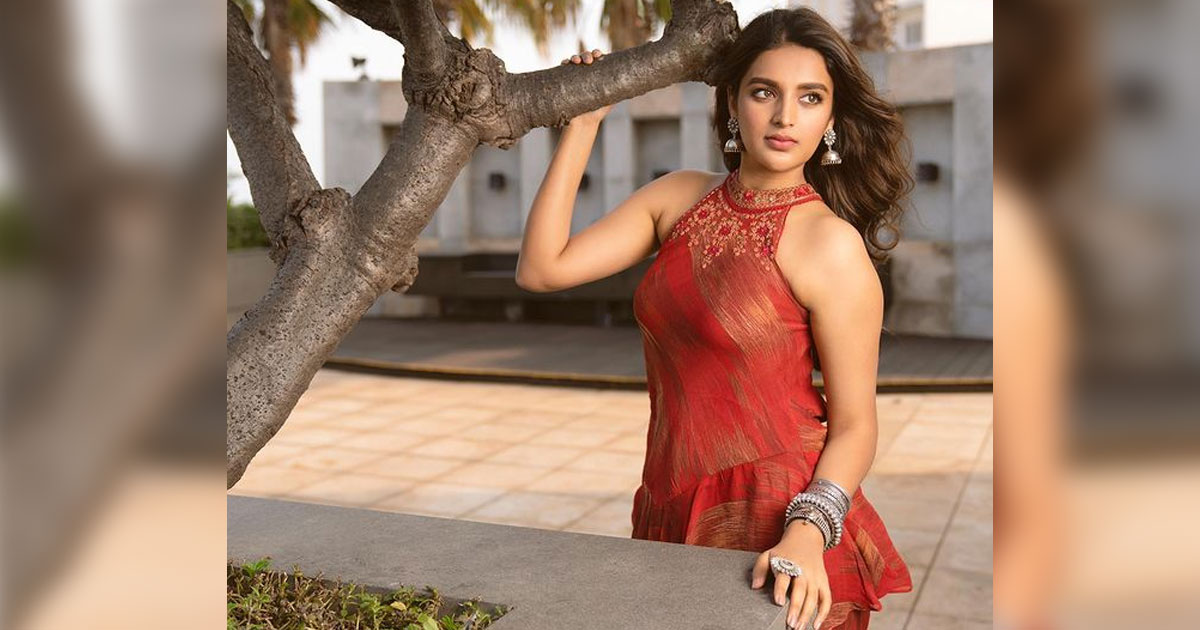 Actress Nidhhi Agerwal, who is enjoying a successful run at the Tamil and Telugu box offices, says that there have been so many times when she has faced moments of self-doubt.

Talking to IANS, Nidhhi, who will soon be seen as the leading lady in superstar Pawan Kalyan’s untitled next, says: “What happens is when you are an actor, or are on social media and meet so many people, everyone has the advice to give you, and more often than not the advice are completely opposite of each other. You get confused. Very prominent people also give you advice and you don’t know who to listen to.”

Nidhhi, who made her Bollywood debut in the 2017 Tiger Shroff-starrer Munna Michael, adds: “I have had my moments of self-doubt. One very strong moment was when, just before a particular film, I told myself that if this film doesn’t do well I think I was done. I will take it as a sign from God that the film became my biggest hit. Sometimes it gets to you but you have to stand up.”

Luck plays a factor in showbiz, she concedes. “Honestly, in this field however good or bad you are, being lucky is very important. Some films are amazing on script but when you see the final product it looks something different. Others feel average on paper but when you see them on screen, they surprise you. I believe that 90 percent is luck.”

Bollywood is working in more proximity than ever with Telugu and Tamil filmmakers. Directors such as Sandeep Vanga, Vishnuvardhan, Gowtham Tinnauri will be directing upcoming Hindi films.

Talking about the beginning of co-dependency between Hindi, Tamil and Telugu film industries, Nidhhi says: “The thing at the end of the day everything is business. I don’t look at my work like that but if you look at things from a production house’s perspective, it’s business and when they see south films making those kinds of numbers, it does mean something. My last Telugu film made Rs 120 crore. So, if they see south movies making money and one state is giving so much business, then they believe that maybe their content is good.”

Nidhhi, who has worked in films such as Mr. Majnu, iSmartShankar and Savyasachi, gives a lot of credit to the directors.

“I really think that every film is a director’s vision and we have directors to thank in the south for giving that large-scale field to films. Where you can see that it is a big film, which has amazing CG’s and makes it look big,” she says.