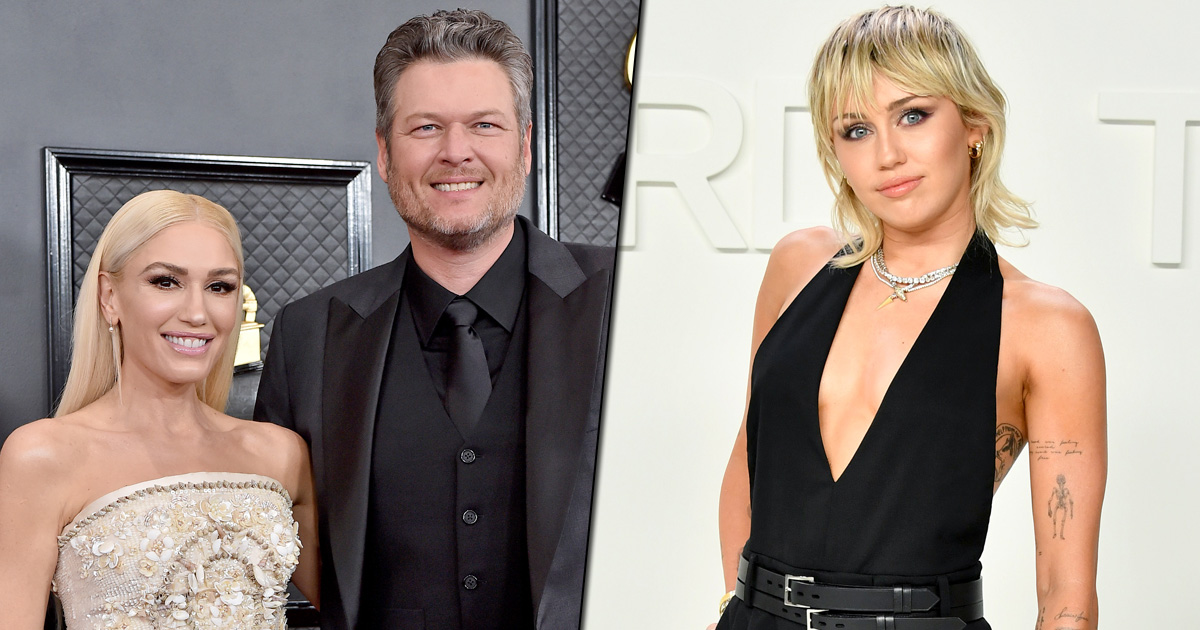 Gwen Stefani and Blake Shelton announced their engagement in October 2020 and are all set to soon walk down the aisle. And now, it seems like the couple has found their wedding singer. As per a recent tweet, Miley Cyrus wants to make the couple’s day special with her melodious voice.

While revealing her desire to be part of their special day, Miley also promised to be on her best or worst behaviour. Check out her tweet below.

Taking to Twitter a few hours ago, Miley Cyrus threw in her name as a candidate to sing at Gwen Stefani and Blake Shelton’s wedding. She wrote on the micro-blogging site, “@gwenstefani @blakeshelton I’ll be your wedding singer!”

In the same tweet, Miley Cyrus continued, “I promise to be on my best behavior. Or worst. whatever you want! It’s your special day! Cheers to loving you both almost as much as you love each other! (Growing heart and Smiling face with 3 hearts emojis)”

Gwen Stefani replied to Miley on the social media network and wrote, “thanks puppy.” Along with the text, she posted a couple of emojis including a red heart, a puppy and a face blowing hearts.

This entire interaction started after Gwen responded to Miley Cyrus’s video crooning her song Prisoner on NPR. Stefani Tweeted, ‘talented geeezzzz.’ Unable to keep her excitement in check, the Wrecking Ball singer re-tweeted the response writing, “When my hero’s tweet me I get h*rny.”

Replying to this, Gwen Stefani wrote, “omg your crazy!! blushing…”

Miley Cyrus and Blake Shelton started their career with country music, before making their way to the judge’s panel of The Voice. Gwen Stefani replaced Cyrus after her multi-season hiatus in 2017.

As for Gwen and Blake, the couple first began dating in 2015. The ‘God’s Country’ singer recently revealed that he wants to lose close to 10 pounds to look dashing on his wedding.

Stay tuned to Koimoi for more news and updates from the entertainment world.

Must Read: Gigi Hadid & Zayn Malik Naming Their Daughter Khai Has To Do With Bella Hadid & The Family Tradition!