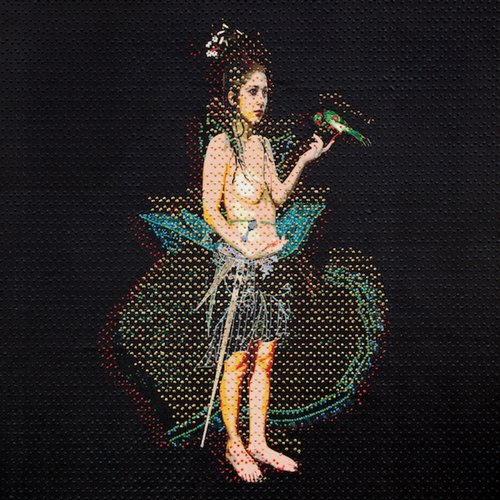 Iranian reared, French steered and now German engineered Sufi-sophist Mentrix (a.okay.a Samar Rad) super-collides the everlasting East>West divide on debut album ‘My enemy, my love’. The finish product is a retracing and changing of her displaced footsteps, diasporic steps taken out of necessity both because of civil battle or the manifest callings of future. It is thru trying backwards that she presents/presence her essence and bridges her future(s). The hinterlands of the self are traversed.

Combining conventional Iranian devices such because the tombak, kamancheh, ney and daf (“In Sufism the daf is a calling for the soul to awaken”) with European pop buildings it creates a transglobal gathering, a non secular redress to the media-manipulated and outdated perceptions of Iran and an audio-acknowledgement to the technotronic tableaus of the ‘supposed’ progressive Western world.

Tapping right into a properly of wealthy inspiration that takes in such luminaries as punk-colossus Siouxsie Sioux and the enigmatic Karin ‘The Knife/Fever Ray’ Dreyer it’s a literate conflict of cultures and heard-world echoes.

Thematically Rad picks up the baton for resilient womanhood earlier than schematically placing the patriarchy with it. Small blows ripple into nice waves.

Rad’s ‘existential wanderings’ have helped nurture her philosophical perception {that a} nomad is an island, a spot the place the highway much less travelled is a uncared for path, an unwritten story in want of a scribe. Movement is a key side of the album, from rhythmic, hypnotic dance strikes to the stressed up-routing that wanderlust initiates.

‘Nature’. Or is it nurture? On the opening observe, the acts, actions and reactions that make up on a regular basis existence and resistance, what the persistence of distance truly covers is requested by ‘how far we travel is the shadow of our progress’ as Rad’s promissory trance-chant goes ‘nature harms us AND arms us’.

Like a voice from the astral airplane ‘Dreams’ filters down from the netherworlds of the sub-unconscious state of being. The woozy lyrics declare ‘In my company, you feel happy’. A deep sleep affords its hand of friendship.

‘My enemy, my love’ is a slow-grower, a block-building name of the wilderness. This is the sound of the desert as an existential terrain to be explored and ignored. To free your thoughts, first you need to enable area.

A John Carpenteresque temper of latent malevolence lurks beneath nearer ‘If’. The quirks of destiny and paths of risk have by no means sounded so filled with ominous promise.

So Farsi, so good. There’s no inertia in is that this model of Persian.