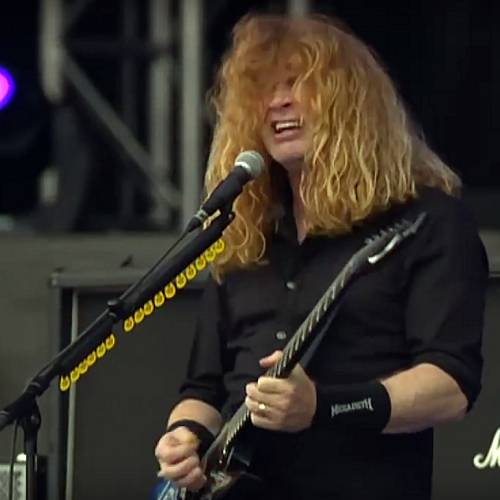 Megadeth have gotten all of the songs ready to be recorded for his or her subsequent album as soon as the coronavirus pandemic is over.

The thrash steel band’s bassist David Ellefson has revealed that they’re set to enter the studio as soon as it is “healthy” to and everyone seems to be out of self-isolation to full their follow-up to 2016’s ‘Dystopia’.

David advised the weblog Madness To Creation: “We’ve got the songs written, they’re ready to be recorded.

“Actually, our drummer Dirk (Verbeuren) and I have been scheduled to be in Nashville final week recording, however as soon as all the pieces shut down right here in America with the pandemic, we determined it might be good judgement to simply kind of kick that down the highway just a little bit.

“So we’re just waiting until it’s healthy for us all to be travelling and be congregating back together again. And then we’ll kick off the recording of the album.”

Frontman Dave Mustaine – who completes the lineup with Kiko Loureiro and Dirk Verbeuren – battled throat most cancers final summer season, however was given the all-clear this 12 months, and regardless of them having to reschedule some exhibits because of this, the Rock and Roll Hall of Famers advised followers they have been nonetheless ploughing forward with work on their 16th LP.

The ‘Symphony of Destruction’ singer wrote: “Meanwhile, Kiko, David, Dirk and I are in the studio, working on the follow up to ‘Dystopia’ – which I can’t wait for everyone to hear.

Dave introduced he was “100 per cent cancer free” on the band’s present at London’s Wembley Arena on January 31.
He advised the gang: “On October 16, I went to go see the doctor, and he said, ‘You’re 100 per cent free of cancer.’

“It felt actually good to be ready to come out right here and stand on this stage in entrance of so a lot of my outdated pals right here in London.”