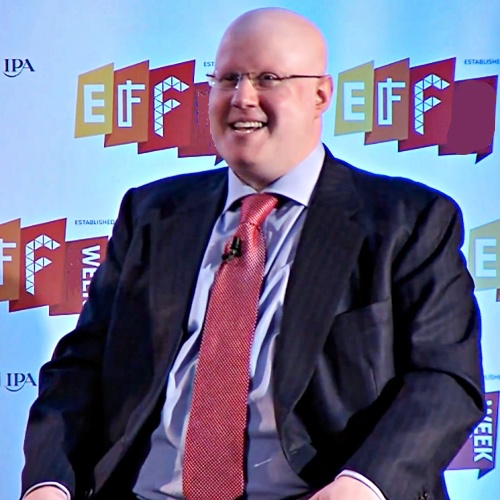 Matt Lucas is about to release his up to date model of his ‘Baked Potato Song’, now titled ‘Thank You Baked Potato, with the proceeds going to his charity FeedNHS.

The British comedian-and-writer beforehand carried out the observe on the BBC comedy quiz present ‘Shooting Stars’, which was offered by double act Vic Reeves and Bob Mortimer, twenty years in the past.

And the ‘Little Britain’ co-creator’s new model comes with an essential reminder of the federal government’s tips on shielding your self and others from the coronavirus.

The observe was shared on Lucas’ Twitter final week, and has already acquired over three million views.

He captioned the publish: “A VERY important message.

He commented: “‘The Baked Potato Song’ was one thing I sung on ‘Shooting Stars’ 20 years in the past and in an idle second on Tuesday evening I rewrote the lyrics and up to date them.

“Baked Potato is always giving good advice and the new advice in the new version of the song is about washing your hands, staying indoors and only going to grocery stores. I urge everyone to go out and buy the single this week and raise vital money for the FeedNHS campaign.”

The funnyman joined forces with actor Damian Lewis his spouse Helen McCrory and the proprietor of pure quick meals chain LEON on the FeedNHS marketing campaign, which hopes to increase £1 million to give 6,000 meals a day to NHS employees at hospitals on the entrance line combating the respiratory illness.

A press release on their JustGiving web page reads: “Hi we’re Damian, Helen and Matt and we’re attempting to raise 1 million pounds to get hot meals to NHS staff on the front line.

“Some of our heroes are already working 20 hour shifts and these hours will solely get longer because the disaster worsens. With cafes and eateries all shut there’s a actual want to get wholesome scorching meals to the hospitals.

“We are spearheading a campaign with LEON to get 6,000 meals a day into London hospitals for critical care staff and then hopefully across the nation to feed the NHS. The aim is that everyone will get one hot meal a day. We are starting this initiative in partnership with Imperial College Healthcare NHS Trust and UCLH Healthcare NHS Trust and hope others will be inspired to roll it out across the nation.”

They added: “This is a not for profit movement to deliver food to our heroic workers and already Wasabi, Tortilla, Peach Pubs, Rosa Thai, Hop, Pizza Pilgrims, Franco Manca, Farmer J, Tossed, Haché, Abokado, Dishoom and Nusa Kitchen have joined.

“No one’s making any cash out of this and any earnings will return into the NHS, so please give generously to assist #FEEDNHS.”

‘Thank You Baked Potato is accessible to pre-save on Spotify now and donations could be made through the JustGiving web page right here: www.justgiving.com/crowdfunding/FeedNHS