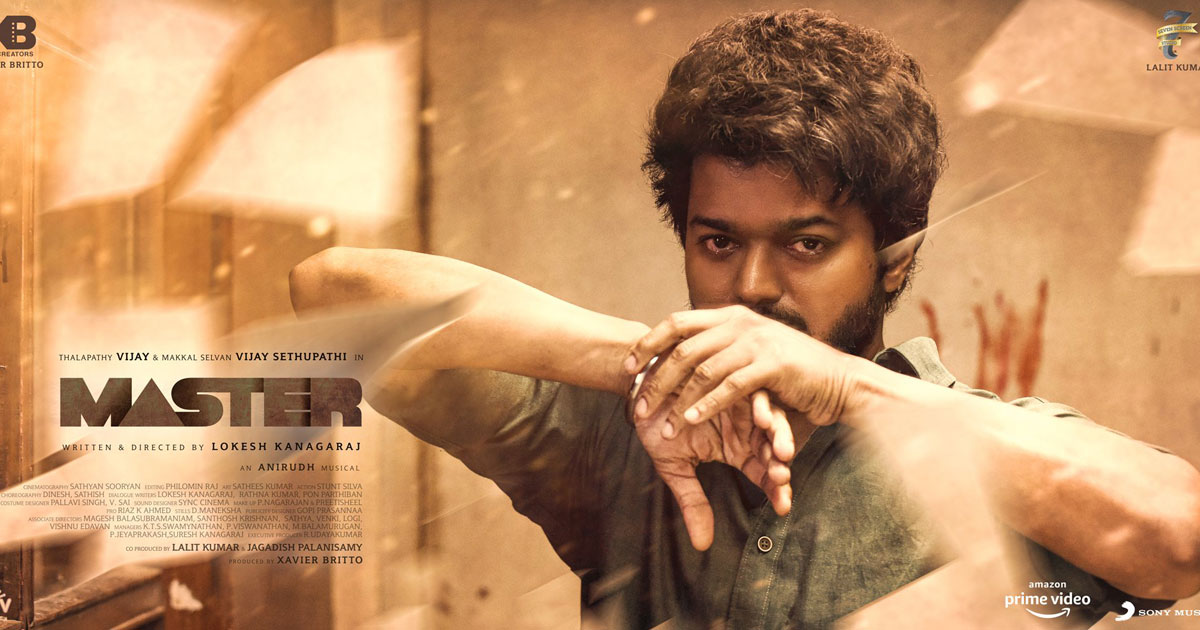 After the success of the film. the makers have dropped a long 4.49 minute deleted scene from the film. In the unseen clip, Vijay standing up for his students is winning all the hearts on social media. Netizens are pouring love for the star on social media.
Master’s deleted scene was shared by Amazon Prime India’s YouTube channel and on their official social media handles. Take a look at the scene below:

Here are some of Netizens’ reactions for the scene on Twitter:

This Man has evolved so much in terms of performance, appearance & most importantly his take on things & Perspectives🔥

From Coke ads to Kaththi; Sivakasi to Master

As a girl fan so so proud of U Thalapathy @actorvijay !!
GROWING & GLOWING LOVE YOU❤️https://t.co/Mu53HoeZus

If the deleted scene was included in the movie, & if the unnecessary scenes were removed from the movie, it would’ve been complete 🙌🏼❤️💯. #Master

This is a deleted scene from the movie #Master everyone says that…. That is why such a good scene was omitted from the film! 😑@actorvijay #MasterOST #25DofColossalBBMaster pic.twitter.com/Ib1kbo7QKL

In the deleted scene of #Master , loved the voice of @raveena116 for @MalavikaM_

Easily would have been a most loved scene by the ladies @Dir_Lokesh machan kudos for that scene writing. Asual #Thalapathy mastered it with his dialogue delivery and body language

Apart from Thalapathy Vijay, Master also stars Malavika Mohanan, Andrea Jeremiah, Shanthanu Bhagyaraj, Arjun Das in pivotal roles. Vijay Sethupathi plays the role of a gangster who uses the children of the school for criminal activities. The actor has also opened up about the film’s OTT release. Talking to Koimoi, Sethupathi said, “It is not a new story but the representation changes. Master is like a fight between angel and demon, and that’s what makes it interesting to watch the movie.”

He also said, “There is a big fight between an angel and a demon, and I hope that the OTT audience enjoys it. It doesn’t matter how many times we narrate the same story; there is always an interest to watch such stories on screen. This will entertain the audience, whether it’s OTT or theatre.”

So what do you think about Vijay’s film Master? Let us know in the comments.