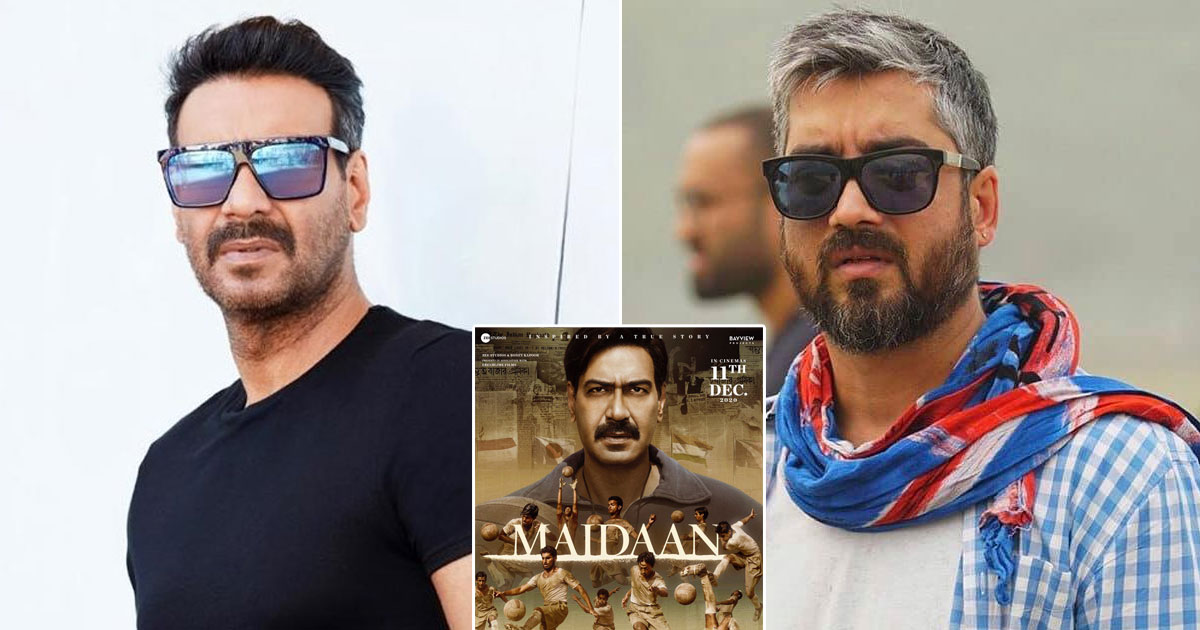 Keeping aside the superstar status, Ajay Devgn is an actor of a high calibre and we have witnessed it multiple times. Not just us but even the jury of the National Awards have applauded his work twice by honouring him with a Best Actor award. Now, the director of Ajay’s film Maidaan, Amit Sharma, thinks that he deserves one more National Award for his upcoming film.

For the unversed, Ajay had won National Awards for Best Actor for his 1998 release, Zakhm and 2002 release, The Legend Of Bhagat Singh. Amit, who has collaborated with the actor for the first time, is in complete awe of the actor and his dedication towards Maidaan. Ajay is playing the character of legendary football coach Syed Abdul Rahim.

As per Bollywood Hungama, Amit Sharma says, “The level of dedication Ajay Devgn Sir has shown has to be seen to be believed. He has not only sharpened his skills as a footballer, he made sure he was all there for the project from the word go. Maidaan couldn’t have been made without Ajay sir. I think he deserves another National award.”

Speaking of the current shooting schedule of the Ajay Devgn starrer, Amit Sharma says, “We go right up till the end of April with this schedule. We’re shooting all the major football matches with real football players. We will take very short breaks in-between keeping in mind minor injuries that may happen during shooting.”

“I had to look for football players who could act, and not actors who would pretend to play football. Not even actors who couple play reasonably well. It had to be really good footballers who could act. I think I’ve got what I wanted,” Amit adds while speaking about the casting.

The current schedule of Maidaan started yesterday and it’s planned till April.